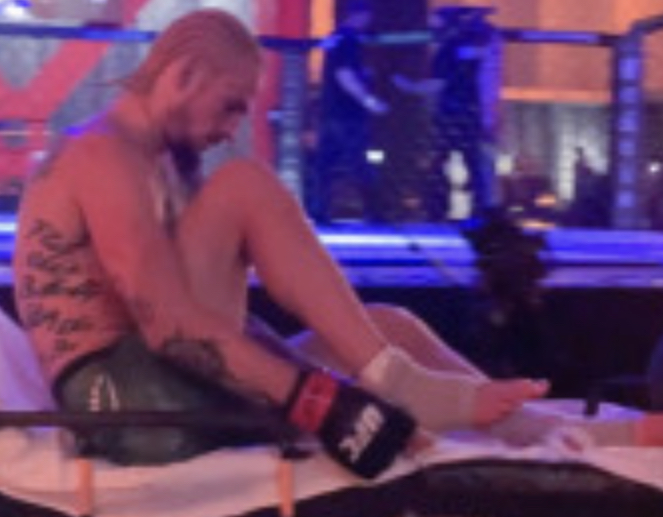 Before UFC 252, Sean O’Malley was regarded as the rising star of the sport. Posting a 12-0 record before Saturday night, he and his wild style made quite the name for himself. Saturday night he suffered his first loss, but here’s why he really lost nothing at all.

O’Malley fought veteran Marlon Vera. This was going to be a great fight but it was ended with a TKO by Vera in the first round. Don’t be fooled though my friends, O’Malley severely injured his ankle which was SELF INFLICTED. Vera literally did nothing but hop on top of an injured opponent.

Now, as a fighter you are supposed to capitalize on every chance you get so I understand. But what I disagreed with was Vera going over to O’Malley’s corner and talking shit to his trainers and staff as if he actually did anything. He didn’t “beat O’Malley” O’Malley’s ankle beat O’Malley. The guy was injured and you won. Respectfully go back to your corner and let it end there. But no, he had to make an ass out of himself by parading around. It’s like if a hunter saw a buck with a broken leg in the woods, walked up and shot it in the head and then claimed he was a prize huntsmen. Despite all that, I believe this fight helped the Sugar Show.

See, Sean is a beloved name in the sport. People like to see him succeed due to his talent and extravagant nature. Any fight fan with a brain knows he didn’t lose that fight fair and square. The guy is tough as nails. Don’t forget he defeated Andre Soukhamtath with a BROKEN LEG. But you can only ask a guy to fight injured so many times. Nobody should see O’Malley as a loser. The experts know that if he was healthy, it would have been a different result. So his comeback is going to be something FIERCE.

Most people thought he was robbed. So because of this fight, O’Malley will most likely get to run it back in a rematch with Vera. If he’s healthy and wins, it will soar him back to where he deserves to be. Plus this is only one fight. And if your only loss if off of a technicality, I think you’ll be alright moving forward.

He’s young, talented and has a majority of fans behind him. All this fight did was grow his fan base and acquire more support moving forward. Plus now he’s got something to prove. A chip (whiten) on his shoulder. And his return is going to be vengeful and NASTY. He’ll be back. LONG LIVE THE SUGAR SHOW.