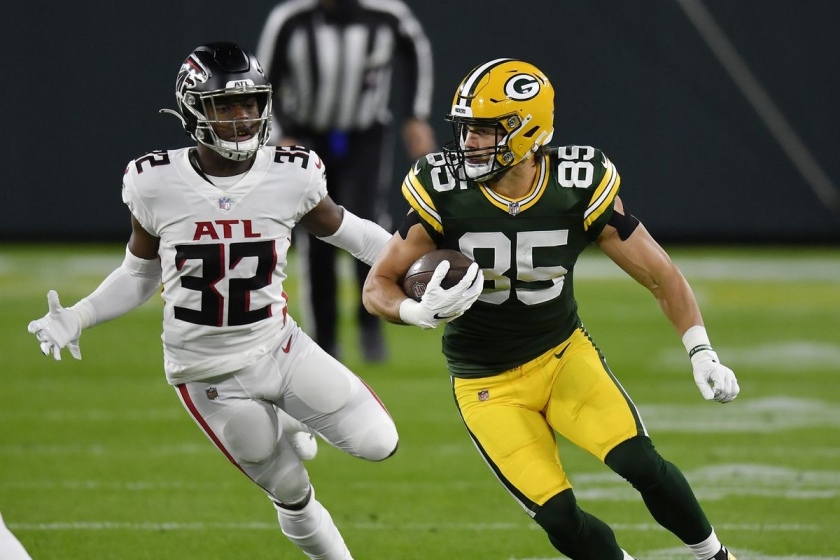 Okay Gronk. I see you now. After having two games in a row with a touchdown, it seems the connection between Brady and Gronk is back. Now the vetern tight end will go up against the New York Giants who got smoked by the Eagles tight end Richard Rodgers. Easy play here.

Smith should come back to fantasy relevance this weekend when the Titans take on the Bengals. The last two weeks, Smith has been dealing with an injury, and now he looks to be fully healed and ready to go. He also faces a Bengals defense that ranks 30th out of 32 at defending tight ends.

Henry is a weird play at times. Last week he faced a Jacksonville defense that was awful at defending tight ends and he didn’t score much. It seems that Herbert is throwing more to Keenan Allen which isn’t bad if you are a fan, but if you are a Henry fan it might. I say he bounces back this weekend against a divisional opponent in Denver.

Fant is the same as Jeudy as his ability is being threatened by some poor quarterback play and some bad play calling by the coordinator. However, he should see a bounce back against a divisional rival. Something about a match against divisional opponents can sway the odds.

Revenge time. Graham’s first team in the NFL was the New Orleans Saints, and with the way he has been playing this yea, I like him a lot against his former team especially with these stats; the second most fantasy points given up to tight ends this season and six touchdowns. Graham is a redzone machine and he should do quite well against the Saints this weekend.

Ever since his three touchdown performance, Tonyan has been a shell of his former self. It isn’t a big thing on him, but Adams is back in the mix, and he is essentially a target stealer. So sadly, unless Adams were to get hurt again, Tonyan is pretty useless.

Engram had double digit points last weekend, but that was against the Eagles. Now he faces a Buccaneers defense that has allowed about only a little more than ten points per game to tight ends. Plus, Daniel Jones not making mistakes has to go into this factor as well.

Cook found the endzone last weekend which saved his fantasy value, but now he faces the Chicago Bears. Even with the tight ends of the Rams getting some licks and damage in, I have a feeling that the points will go to other areas that are needed.

Surprisingly, Hurst hit double digits against a team that was really good at defending against tight ends. However, he hits round two against the Carolina Panthers. In that contest, he only scored 2.8 fantasy points. So he will try to make sure that history doesn’t repeat itself in this one.

While the matchup looks a bit favorable from a tight end perspective, Ebron enters this week with an elbow injury. Now it could be just nothing, but starting off the weekend with a questionable designation never is good especially with the amount of mouths to feed in Pittsburgh. A cautious sit maybe, but safe is good sometimes.