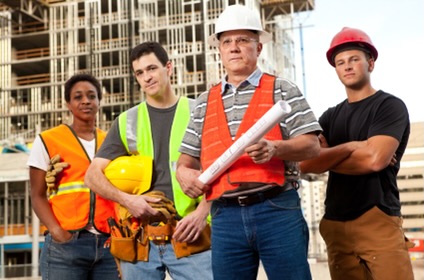 Welcome to the post season of the 2019 NFL season. As I did last year, I will be ranking the top 10 teams that are in desperate need of a rebuild for the 2020 season. Without further ado, let’s get started.

The Browns are in an interesting position after failing to live up to Super Bowl expectations last season finishing the year with a 6-10 record. You could argue that they are basically in the state of rebuild with their staff, as they fired both their coach and general manager. While a coach has been decided, a general manager has yet to be named. However, you have to assume the Browns will look to erase some past mistakes such as the Odell Beckham trade, Baker Mayfield, the defense, etc. It is fair enough to say some rebuilding will be in order.

The Bucs can do some good things heading into the 2020 season. Here is my thing. Bruce Arians and the Bucs could have won many more games had it not been for Jameis Winston’s multiple turnover problems. This included interceptions and fumbles. So why not start from scratch with a new quarterback. maybe ship one of the tight ends and some defenders for picks to increase their draft odds.

If there is one thing the Jaguars need to do, its change the culture. Hopefully with the firing of Tom Coughlin, the Jaguars can start that. The team basically gave up on Doug Marone last year near the end, but if the coach cracks down and accepts responsibility maybe this team can get back on track. As for certain players, Nick Foles needs shipped as Gardner Minshew is the real deal and you could also put out some big defensive names on the trade market as well. In order to do that The Jaguars have to start rebuilding.

The Eagles almost hit the glory spot once again, but lost to the Seahawks in the NFC Wild Card. Carson Wentz took another ugly injury with a concussion and sat out for most of the game. Also, their weapons category was essentially depleted going into this game. It would not be a bad idea to start thinking of rebuilding. Draft another quarterback to back up Wentz and start shipping some weapons like Zach Ertz, Alshon Jeffery, Jordan Howard, etc. you could get some quality picks from shipping those players. All of these then need placed into the defense which struggled so bad this year defending particularly their secondary.

While some might chuckle at me mentioning this team, they didn’t have the greatest season without Andrew Luck finishing with a record of 7-9. It might be time for the Colts to start rebuilding. Draft a quarterback like Jordan Love and maybe think about moving T.Y. Hilton and Eric Ebron for picks. The offense and defense both need some improvements after this season, but one thing is crucial. They have to rebuild.

The Falcons did fairly well considering where they started at the beginning of the season. Their defense became butt once again, but this time their offensive line was bad as well. This forced Matt Ryan to be more desperate than usual to throw the ball. Overall, this group pulled it out, but by the skin of their teeth with an 8-8 record. They need to start rebuilding though. Matt Ryan is getting to that age where mistakes are very common. Maybe start thinking about shipping Julio Jones and Devonta Freeman for a large amount of draft picks to increase both the offense and defensive sides of the ball.

If you weren’t convinced the Lions need a rebuild after this 2019 season, then you are blind man. The Lions finished last in the division once again even behind the Chicago Bears who had a really bad season. They need a new quarterback, a new running back, someone who knows how to use a tight end, a whole run defense. This team was on my list of rebuilds from last year too, so it is good to know they love to listen to their fans. Coach Patricia has one more year to show me he is the one to take this team far, but they need to rebuild the team first.

This was most likely Aaron Rodger’s last chance at going to the big one. It is really unfortunate to hear that statement because of how great of a quarterback he still is. The Packers are just so dumb and don’t provide him any weapons. All he has is Adams and Jones. I hate to say it, but LaFleur better start thinking of rebuilding the Packers here soon. With no backup quarterback and limited weapons, it is looking like a another bitter cold season for Green Bay next year.

Well there comes a point where dynasties fall. This is the Patriots time to fall. Tom Brady is out the door I mean it’s only a matter of time. Their tight end Ben Watson will most likely retire and Belichick might be out the door as well depending on what happens with Tom. Overall, the Patriots need to start thinking of rebuilding and do it now before it is too late. Draft a quarterback, get some more weapons and make yourself amazing again because right now its looking bleak for the Patriots for the first time in a long time.

Hands down the number one team that is need of a rebuild in the 2020 season will be the Carolina Panthers. They will have a new coach after firing Ron Rivera, their quarterback situation is in worry, Kuechly just retired so now the defense is garbage again, Greg Olsen might retire, etc. This whole team is shaping up to have the first round pick of the draft next year if stuff doesn’t change. Rebuilding needs to start. Where you may ask? The quarterback position and the defense primarily linebacker (Kuechly’s position). I would honestly ship Cam, draft a new tight end or trade for one and start finding ways to cope in the draft to get you the picks they need to rebuild this franchise.