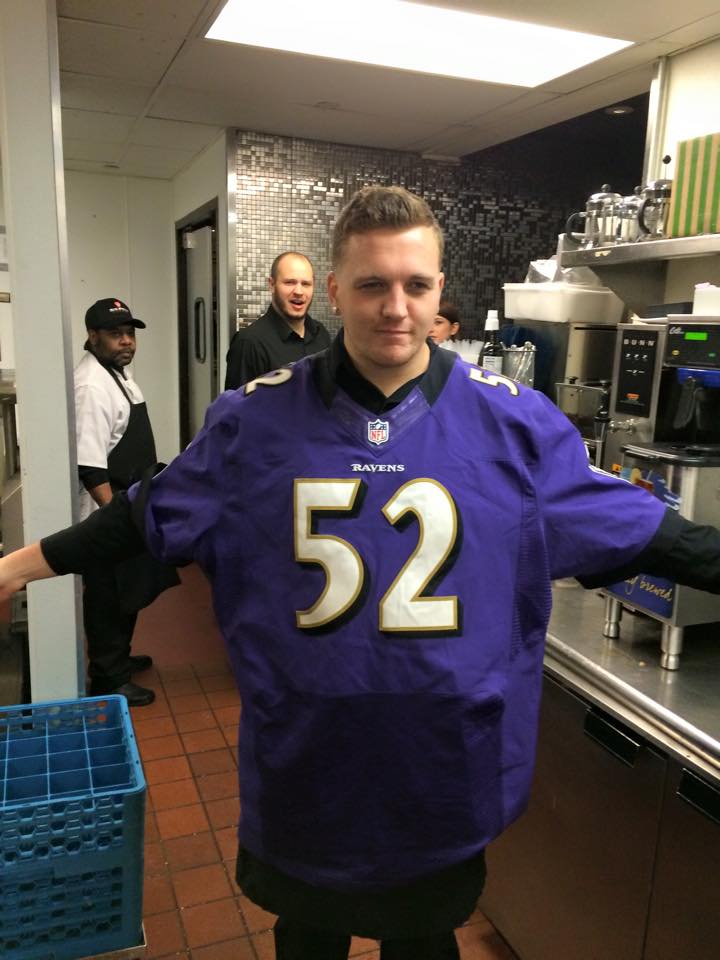 I don’t do these often so don’t get used to this, but there were some glaring issues in a few of my early season calls. I deserve that picture of me from like 5 years ago in that Ravens jersey. I’m man enough to admit it. I’m a man of integrity and I am only as good as my blog posts, so I want to address one I wrote before the fantasy season started titled “They aren’t “busts”, but avoid the hype around these guys.”

I want to start with saying I still believe I was right about three guys on this list…kind of. I was absolutely right about Keke Coutee, the wide receiver from the Texans, which I nailed.

Keke was a hyped played based on the fact that 1) Hopkins sees the best talent at CB in the league and 2) Watson was primed for an M.V.P. Season easily. Coutee suffered some injuries, but with the speed of Will Fuller and the acquisition of Kenny Stills, he never hit that stride. Boom. 1 for 1 for Deke.

Next guy up, Curtis Samuel.

Samuel finished a respectible 29th amongst PPR wide receivers on ESPN, closer to a real starter than I actually anticipated. The buzz around this guy was just unwarranted for me early in the season. He’s a special talent, don’t get me wrong but with D.J. Moore, Greg Olsen and of course Run CMC, I just wasn’t sold on the hype that he would be an easy every week starter. Shabooya. 2 for 2 for Deke.

Chris Carson was a HEADACHE if you had him, but finishing as a top ten running back is nothing to hate on. He had his fumbling issues through the year, but the Arkansas back proved to hold onto the starting role in Seattle despite my call that Penny would eventually take that spot over. It’s getting closer to my call now, but that’s a hail mary defense. Was he worth his draft value? I’d say so. 2 for 3 for Deke.

This one hurts. I want to pull an excerpt from this blog post right now.

“Godwin could be decent this year, but big dog eats first, and the big dog in Tampa is Mike Evans. The next dog up? O.J. Howard. The third dog? MAYBE Godwin. MAYBE. “

Bruce Arians and his GD slot receivers man. They had TWO OF THE TOP THREE SCORING WIDE RECEIVERS IN FANTASY?!?! I mean, some could argue that the hype was so great he still didn’t lead up to it, but if you took Godwin, you most likely made the playoffs easily.

To be clear, I write that I like Godwin, and I liked him in college. It’s Winston I didn’t trust, which was kind of correct despite Godwin being a God who helps you Win. Puns aside, I hope no one listened to that take and you all made your fantasy playoffs. I currently sit in the playoffs for all three of my money leagues and one non money league.