Seeing as that the NBA has become more of a drama over the years, and with the Oscars just occurring, it seems fitting to combine the two.  There will be some NBA specific awards and some that carry over from the real deal.  I hope you are dressed appropriately, because to read this article you are required to wear a suit or gown.  Ladies and gentlemen, let’s get started shall we?

For our first award tonight, we will be announcing the Best Debut Performance Award.   This award is for players who are new to the league this year.  This includes rookies, league transfers and D-League rising stars.  This award is for the player who has impressed us more than we would have expected in the most talented way possible.  Here are our nominees; Trae Young of the Atlanta Hawks, Luka Doncic of the Dallas Mavericks, Brad Wanamaker of the Boston Celtics, Mitchell Robinson of the New York Knicks, and Grayson Allen of the Utah Jazz.  And the award goes to… LUKA DONCIC!

Luka has shown us that any team can show hope of a turn around.  For a team who has been as miserable as the Mavericks, Luka has given Dallas a breathe of fresh air, and is getting them back on track with undeniable talent.  Luka is one of the most exciting players in basketball today, and will most likely be a shoe in for Rookie of the Year unless Ben Simmons is in contention again.  Congrats Luka!

Next, we have the Most Washed Up Performer Award.  This “honor” is bestowed against the NBA athlete that was once a force in the league, but is currently just a waste of space.  Someone we don’t even really want to think about anymore because they are old news, and even at that, news we never really wanted… Here are our nominees; Luol Deng of the Minnesota Timberwolves, Channing Frye of the Cleveland Cavaliers, Joakim Noah of the Memphis Grizzlies, Carmelo Anthony of nowhere, and Jared Dudley of the Brooklyn Nets.  And the award for Most Washed Up Performer goes to… Carmelo Anthony!

Carmelo hasn’t been the same player he once was since about 2013.  This year alone, he started out with the Rockets.  He played just 10 games there and had small trading stints with the Hawks and Bulls and never actually played for them.  He currently is unemployed as expected and will hopefully stay away from the league because we are quite frankly done with seeing Melo slug around on the court in disappointment.  Congrats Carmelo, you bum!

This next award is in honor of some guys who really know how to “dagger” the competition.  It is our Most Clutch 3 Point Shooter Award.  This award is not just for those who can shoot the ball unguarded, or are consistently proficient.  This is for those shooters who accomplish that, while having the ability to knock them down in clutch, crunchtime situations.  This shooter must have range, accuracy and ability to convert while covered, and is probably our most difficult award to obtain.  Here are the nominees; Steph Curry of the Golden State Warriors, Klay Thompson of the Golden State Warriors, Buddy Hield of the Sacramento Kings, Kyrie Irving of the Boston Celtics and James Harden of the Houston Rockets.  And the winner is STEPH CURRY! 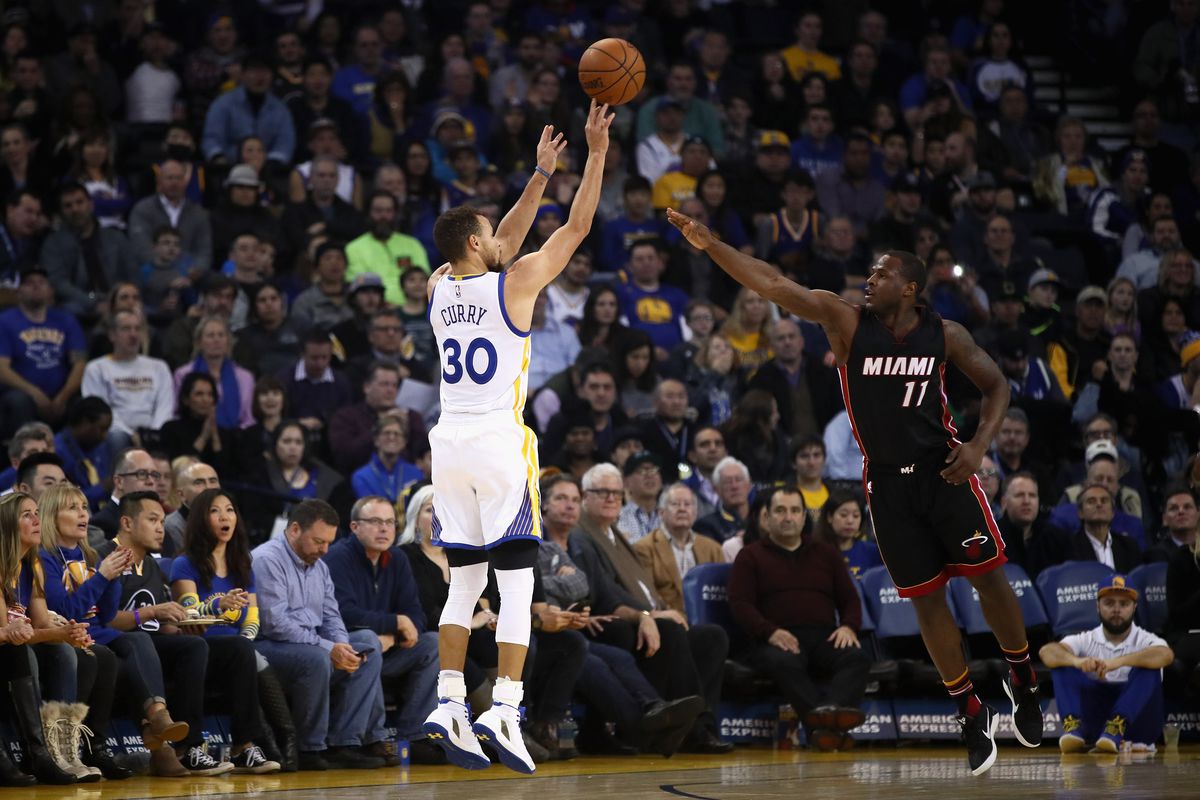 Steph has shown time and time again that he is the best shooter currently in the NBA and possibly all time.  This guy’s size does not affect his game negatively at all.  He is lethal.  He has a wider range than Freddy Mercury’s voice, and will hit a clutch shot as casually as if he’s just shooting around alone in a gym.  He is a champion, MVP and all-star because of his unreal shooting ability, and is able to keep it up consistently.  Congrats Steph!

If you are a lover of laughter and lightheartedness, then you will be excited for our next award, Worst Laugh.  A beautiful asset the NBA has is the media.  Press conferences and interviews give us a sneak peak into what players are like off the court.  This obviously includes their personalities such as likes, dislikes, responses and laughs.  There are specifically some bad ones out there… let’s have a look at our nominees; Kawhi Leonard of the Toronto Raptors and anyone else.  And our winner is… KAWHI LEONARD!

The compilation above is direct representation of the joy draining awkward croaking that comes from this man’s mouth.  We never really noticed this travesty until this year and there is truly nobody who can compete with this odd thing that occurs every so often.  You dominated the competition on this one, congrats you freak.

This next award is for those who value excitement and fanfare.  This is our Best In-Game Dunker Award.  Only guys who are blatant high fliers and posterizers who can perform such outlandish plays in the course of a game are considered for this category.  These are not just dunk contest participants, but guys who can drop our jaws in the middle of any game.  Here are your nominees; Marquis Chriss of the Cleveland Cavaliers, Giannis Antetokounmpo of the Milwaukee Bucks, Dennis Smith Jr of the New York Knicks, Russell Westbrook of the Oklahoma City Thunder and Zach Lavine of the Chicago Bulls.  The winner of the best in game dunker award is… DENNIS SMITH JR! 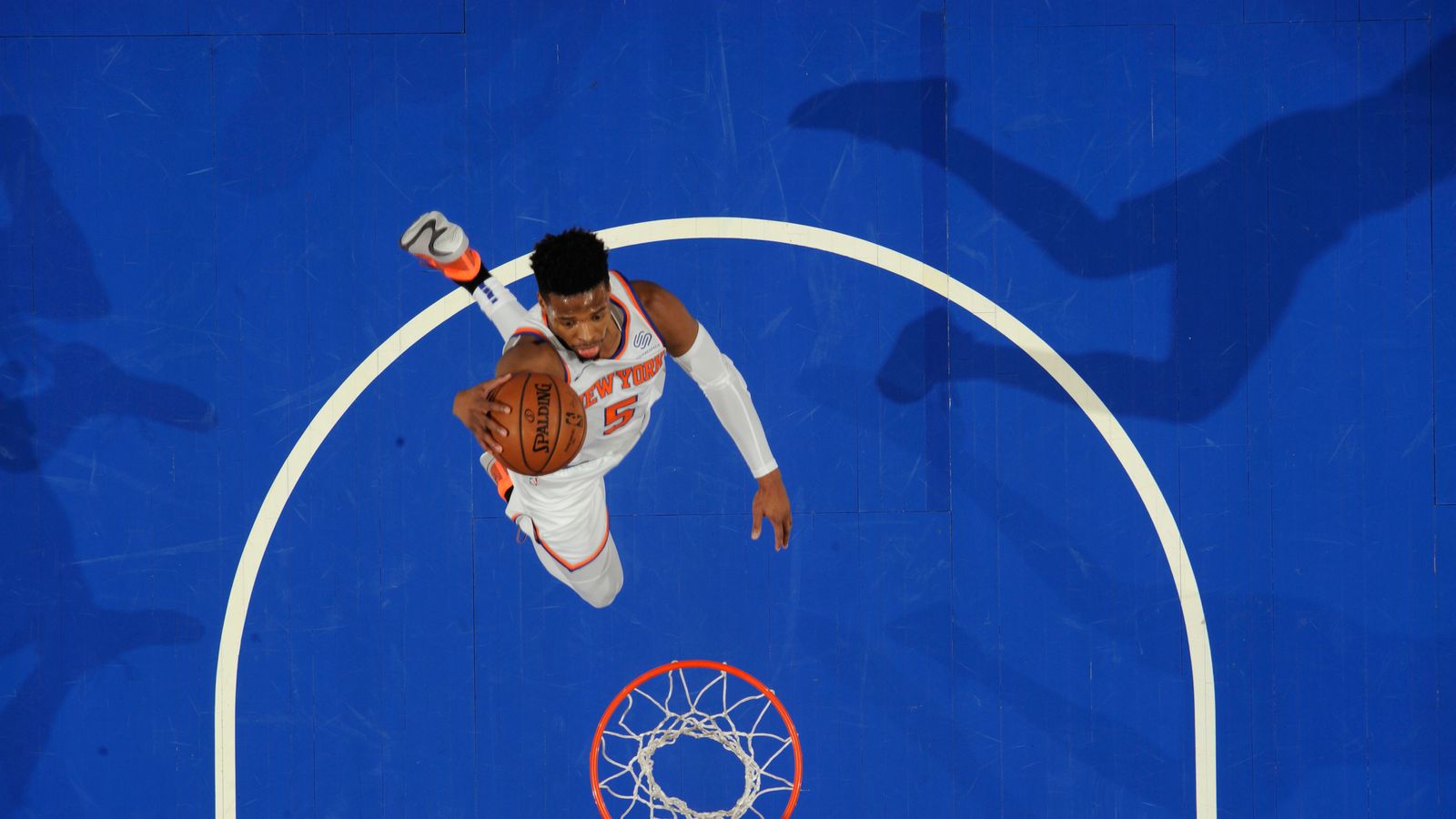 DSJ has proven himself as an elite dunk artist.  One surprise factor he has over our other nominees is his size.  He is a smaller point guard who is able to astronomically jump above the rim and cock back windmill over guys twice his size.  He dealt with getting traded from Dallas to New York and has flourished this year on his new team.  He is an athletic dunker that does just as crazy jams in games as he would in the dunk contest.  Congrats DSJ!

The upcoming honor will definitely intrigue fans of pop culture.  It’s our Best Entertainment Look-Alike Award.  This award is for those members of our league that just draw a strong resemblance to a certain member of a tv show, music group or movie.  There really is no talent involved, but is a genetic wonder that needs recognized.  Our nominees are; Tobias Harris of the Philadelphia 76ers and J.Cole, Adam Silver the commissioner and Pleakley from Lilo & Stitch, Kyle Korver of the Utah Jazz and Ashton Kutcher, and finally Steven Adams of the Oklahoma City Thunder and Jason Mamoa (Aquaman).  And our winner is… Adam Silver and Pleakley from Lilo & Stitch!

This should come as no surprise considering our commissioner is of alien descent.  Our other nominees lookalikes were real people, which is why Silver had the edge.  It is hard to find someone who looks so animated, and the Commish is taking home the gold with this one.  Congrats Adam!

This upcoming honor is for a true teammate.  A team player, and a guy who really helps develop the players around him.  Someone who is more focused on team success than anything else.  This is of course the Best Player in a Supporting Cast Role.  Here are your nominees; Kyle Lowry of the Toronto Raptors, LaMarcus Aldridge of the San Antonio Spurs, Dwayne Wade of the Miami Heat, CJ McCollum of the Portland Trailblazers and Kemba Walker of the Charlotte Hornets.  And the winner of this award is… KEMBA WALKER! 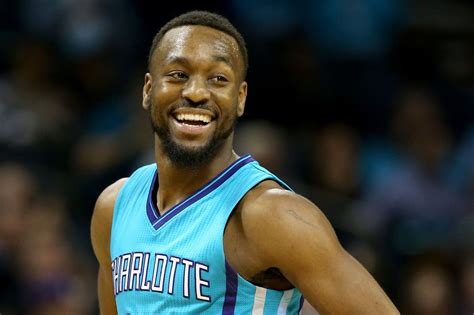 Kemba is the definition of a team player.  He is loyal to the city of Charlotte by choosing to stay there and takes a lot of time to mentor young players like Malik Monk and Miles Bridges.  He makes players like Nicholas Batum better by the way he shares the ball.  He comes in clutch when he needs  to and is widely regarded as one of the most stand up guys in basketball and always puts the team first.  Congrats Kemba!

Who here likes a good old fashioned smart ass?  Well then this next category is for you.  The Best Media Response Award.  This here is for those guys who always either surprise us with their answers, have no boundaries or simply make us laugh when cameras are around off the court.  Here are your nominees; Russell Westbrook of the Oklahoma City Thunder, Boban Barjanovic of the Philadelphia 76ers, Joel Embiid of the Philadelphia 76ers, Marcus Smart of the Boston Celtics and Draymond Green of the Golden State Warriors.  Though all of these are worthy selections, your winner of this award is… JOEL EMBIID!

These are just some highlights of Joel’s charisma and personality.  Most recently he walked away from the press and got fined after saying “these refs fucking suck”.  Ahhh good ol Process.  Never change big guy, you truly are a hoot.  Congrats Joel!

This award here is one that truly encompasses the essence of acting.  It is an art and a skill to be able to make people and refs believe what isn’t true, but these guys get it done.  This is the award for Best Flopper.  Let’s take a look at some guys who are as dramatic as they come.  Here are your nominees; James Harden of the Houston Rockets, Draymond Green of the Golden State Warriors, LeBron James of the Los Angeles Lakers, Lance Stephenson of the Los Angeles Lakers and Zach Collins of the Portland Trailblazers.  This was a tough one but your undisputed champion of this category is none other than JAMES HARDEN! 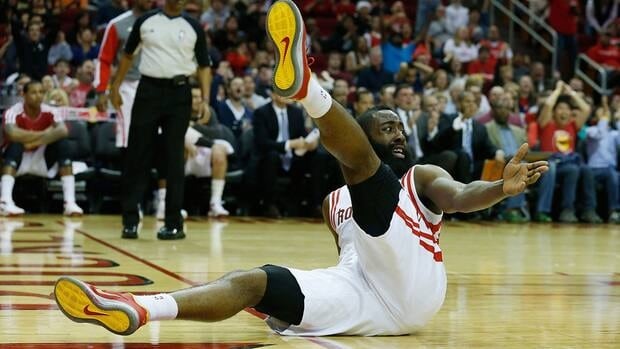 James is easily one of the best scorers in the game, and the defending MVP, but man can he sell a foul.  This man has astronomical numbers of percentage of points coming from the free throw line. 36% of his scoring is from there.  He is seen time and time again making the slightest whiff into him getting rocked across the floor.  And most of the time it isn’t even a good flop, but he fools the refs.  He is the Nicholas Cage of flopping.  Clearly the theatrics earned him this award though, so congrats Beard!

For our final award, we will be presenting the man who is the most important and talented so far this season in an equivalent to the league MVP, which is our Best Player in a Leading Role.  The talent, hard work, teamwork, work ethic and all around lifestyle that go into this is almost unmeasurable, but these names elicit the respect and honor of possibly being THE guy this year.  Here are our nominees; James Harden of the Houston Rockets, Kevin Durant of the Golden State Warriors, Paul George of the Oklahoma City Thunder, Giannis Antetokounmpo of the Milwaukee Bucks and Kawhi Leonard of the Toronto Raptors.  This truly came down to two titans this year, but the winner for Best Player in a Leading Role is… GIANNIS ANTETOKOUNMPO! 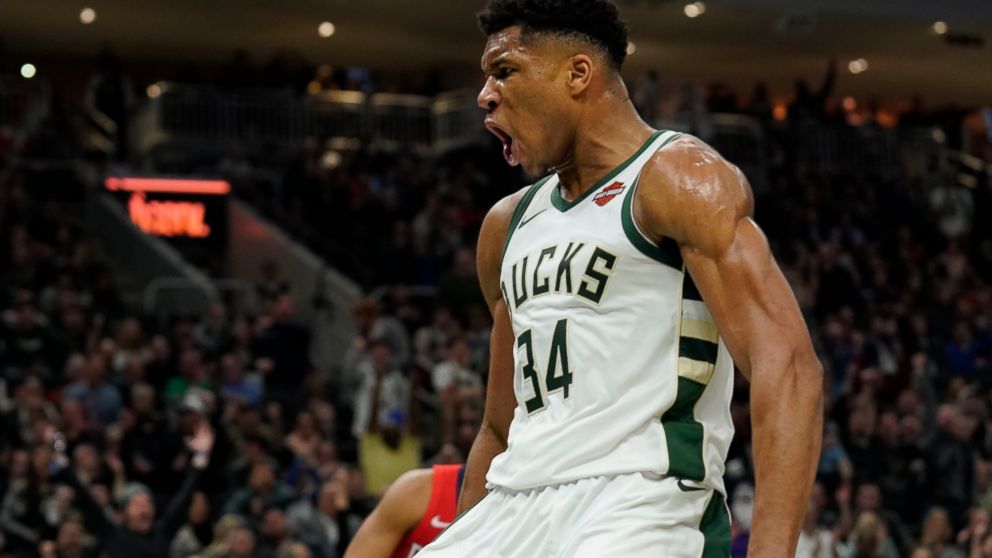 Giannis, better known as the Greek Freak, is having an amazing year.  He is putting up MVP caliber numbers, and has lead the Bucks (a previously dying franchise) to the best record in the entire NBA.  He has some support around him, but has made those guys more dangerous because of his playstyle.  His athleticism and determination are unparalleled, making him the perfect fit for this award.

I want to give one final thank you to you, the fans.  This was a wonderful evening full of celebration and recognition of what aspects make this game so fun and entertaining.  Thank you all for your participation and attendance.  Have a wonderful evening and rest of the NBA Season, cheers!