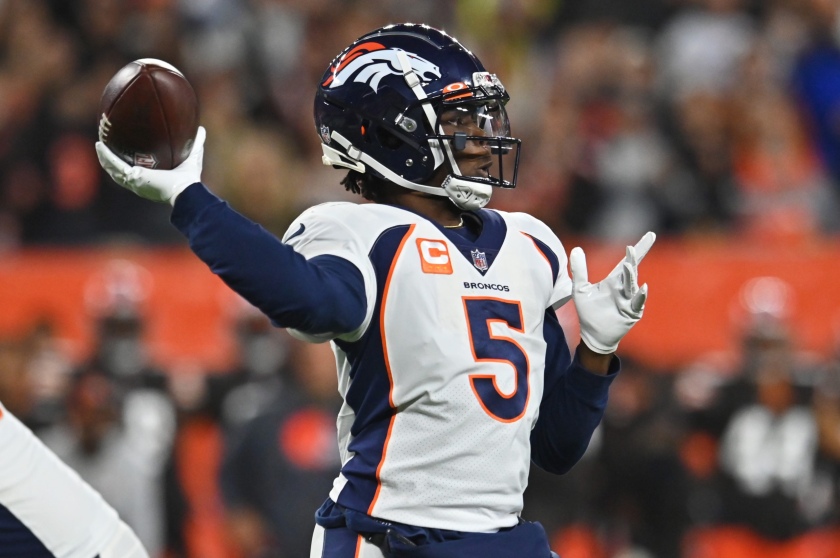 Alright people we are nearing the end of the regular season. Some fantasy squads will make the playoffs while others will question why they even did fantasy football again. I’m between feelings here, but let’s stop the goofing around and get to the quarterbacks this week for who you should start and who you should sit.

Hill had a bit of a rough going last Thursday against the Cowboys. He tossed the two touchdowns and ran for over 100 yards, but he had four interceptions to go along with those stats. He should have a much easier task at hand this weekend when he and the Saints take on the New York Jets. The big reason that he should do well is that Alvin Kamara will be making his return. Hill should find him many times as a receiver and a runner in this contest.

Again, it seems weird to have Russell Wilson on this list, but the way he and the Seahawks have been playing makes a little bit of sense here. He was able to show some promise last weekend against the 49ers, but then again that was a divisional game. He should hopefully find some success again when he and the Seahawks take on the Houston Texans. Their defense hasn’t measured up in recent weeks, and this might be the contest Wilson needs to finally get his name even removed from this column.

Burrow had a tough outing last weekend against the Chargers. Things really didn’t seem to go his way, but now he should have what appears to be an easier opponent on the way with a matchup against the 49ers. Their defense has not been the same dominant force it once was, and Burrow will look to capitalize on that. I would just hope that all his weapons are healthy for the upcoming game.

Newton is coming off a bye week so hopefully, he has regained the trust of coach Matt Rhule after his awful game two weeks ago against the Miami Dolphins. He was benched for PJ Walker in that one in case you forgot. Newton should find some success here when he takes on a divisional rival in the Atlanta Falcons. It is a divisional game so anything could happen, but the way the Falcons’ defense has been playing I am a betting man to be betting on Newton here.

Heinicke has shown some real promise as of late for the Washington Football Team. I have to believe it is because all aspects of the team are getting better which is taking pressure off of the kid to make big plays. He will be taking on the Dallas Cowboys in this one. yes, they did pick off Hill last weekend on numerous amount of occasions. However, Washington has been on a roll recently, and I like Heinicke to make a big splash here in this one against the Boys.

Let me be clear here. Teddy is not a bad quarterback play for this game. I just don’t believe they will pass the ball a lot in this one. If you don’t pass the ball a lot then your numbers as a quarterback will surely be affected. My belief is that the Broncos will focus more on a run-based attack here with Javonte Williams coming out on his own against the Chiefs last weekend. It’s a big feeling that I am starting to get so take my advice and sit Teddy here.

Derek Carr has been hitting the bottom here in recent games aside from the Thanksgiving one against Dallas. Honestly, I know divisional games can go either way here, but the beatdown they took the first time against the Chiefs makes me feel we might be in store for a repeat performance. Carr will also likely be without his favorite option again in Darren Waller. So yeah, maybe this just isn’t the week to play him.

Matt Ryan looks like a shell of himself out there, but without Calvin Ridley on the field, it just doesn’t seem like he can get going. His best options are Patterson, Pitts, and Gage. That just gave the argument for me. He will be going up against the Panthers here, and while their defense has dropped off a bit in recent weeks, I still believe they can contain Matt Ryan and make him make mistakes.

Jimmy G had some good plays last weekend against the Seahawks, but their defense is trash compared to Jimmy’s opponent this weekend; the Cincinnati Bengals. Don’t think they aren’t pissed from last weekend’s affair with the Los Angeles Chargers. This defense is going to come hard and aggressive here against the 49ers. Jimmy also might be in trouble if Deebo Samuel has to sit out again.

Fields will be getting the starting job back as he has reached his full health. This is gonna be a tough one for him to come back to though as he will be facing a Green Bay Packers defense that has been fantastic over the season despite losing Jaire Alexander. Fields will be in for a rough one here, and with playoffs on the line, I would just like to say to please avoid playing him this weekend.