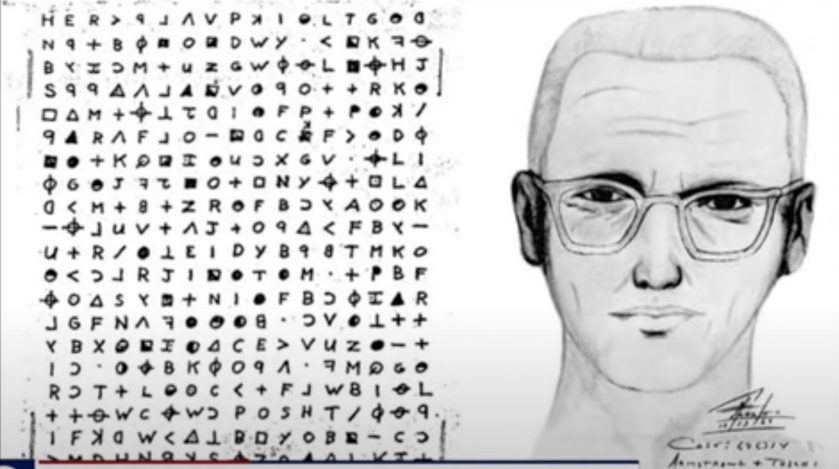 2021 has been one hell of a year, and apparently, it’s only getting wilder. News of protests, COVID, even modern major crime stories are things I expected when I rang in 2021, ten whole months ago. What I didn’t expect in 2021 was a news headline popping up on my phone about the identification of the Zodiac Killer.

If you don’t know who the Zodiac Killer is I literally have no idea where the hell you’ve been for the last several decades…but I’ll tell you anyway. “The Zodiac Killer is the pseudonym of a serial killer who was active from an unknown time to the late 1960s in Northern California. He murdered five confirmed victims between 1968 and 1969 but claimed in cryptic letters to have killed 37. The killer often killed couples that were parked in well-known “lover’s lane” locations. The only idea of what he looks like comes from a sketch of one of his few survivors.

The Zodiac would even call the police from payphones to report the murders, and take credit for them. The killer is most well-known for sending letters and ciphers to local news outlets. The first of these ciphers was cracked in 1969, but the second wasn’t cracked until 2020. The Zodiac Killer didn’t just mail his cryptic notes though, he even left one on the side of one of his victim’s cars.

The final Zodiac letter was postmarked on January 29, 1974, and discussed how the recently released The Exorcist film was “the best saterical comidy [sic] that I have ever seen.” and concluded that letter with “Me = 37, SFPD=0”. That final mark is referring to his “kill count” versus the police being unable to apprehend him. The Zodiac Killer signed all his letter with a circle and a + through it, as shown below.

Now, in 2021, a team known as “The Case Breakers”, a group of former law enforcement, journalists, and military intelligence officers, claim they have identified the killer. The team claims over the years they have uncovered new forensic evidence and photos from the alleged killer’s own darkroom and through the team figuring out a cipher left by the Zodiac, by using the suspect’s full name. That name being Gary Francis Poste. Poste has been linked to at least one more murder of an 18-year old woman two years before the first zodiac murders, a murder the Zodiac alluded to in his letters. Physically, Poste also matched the descriptions given by survivors of the Zodiac’s attack, including a scar on his forehead from a car accident.

Poste was known, by those who knew him, as a controlling, abusive, and dangerous man. Neighbors of his say he was abusive to his wife and kept a “posse” of men around him who threatened and belittled those Poste didn’t like. Poste died in 2018 at the age of 80, so until DNA evidence can be tested and show he is the killer, the case remains open. I gotta be honest though, the evidence is there, we just need it to be conclusive. 50+ years on, I can’t believe there are still breaks in this case.