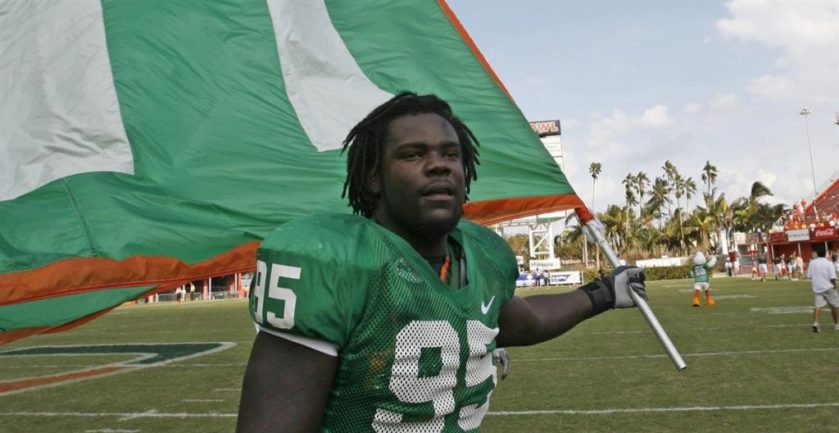 The NFL has never been my strong point, especially if you’ve taken a look at my fantasy league recently (oof). However, my specialty does lie in true crime, and the NFL is full of it. From DUI’s to dog fighting to murder, the NFL has sadly seen it all from its players and potentials. Most had definitive conclusions though, all except one. This would be the murder of Bryan Pata.

If you’re like me, you have no idea who Bryan Pata was. Bryan Pata was a 22-year old Defensive Lineman for the University of Miami Hurricane’s in 2006. It was his senior year and final season with the Hurricanes. Pata was someone to watch out for. Ranked as one of the top-100 football players in the South by The Atlanta Journal-Constitution and on the watch list for the Hendricks Award, he was a popular player among football fans. Pata was even expected to be drafted in the second or third round of the 2007 draft, following his graduation with a degree in criminology from the University of Miami.

However, Pata would never get the chance to receive the Hendricks Award, graduate college, or be drafted to the NFL. On November 7, 2006 Pata had just arrived back to his apartment in Kendall, FL after a football practice. He was walking towards the entryway of his building when someone stepped out of the darkness. With one medium-caliber shot to the left side of his head, Bryan Pata was dead. He was shot execution style, a deeply personal way to kill someone.

Pata was found by his live-in girlfriend Jada Brody, who went outside after she thought she heard a fight come from the parking lot, and his roommate and teammate Dwayne Hendricks, who had stopped to get gas on the way home from practice and arrived just moments later. Originally thinking Pata was playing a prank, he told him to “Get up.” before seeing a pool of blood behind his head. Brody was hysterical talking to 9-1-1, and Hendricks took the phone and called them back after the call was dropped.

As words spread the football coaches sent out a text, calling for a mandatory meeting. Players who had raced to the scene all headed to the Hecht Center, where coaches whispered in reassuring tones to distraught teammates. Hendricks came in late, covered in the blood of his teammate and friend. Only one teammate never showed to the meeting: Rashaun Jones. He was suspended from the team for a positive drug test, one of many, and claims he was home alone and went to the Hecht Center for the meeting. However, not a single interviewed teammate remembered Jones being there.

Jones and Pata had a history too. Jones had previously dated Pata’s girlfriend and they had multiple physical altercations in the past, including one that summer where after their physical altercation Jones said to Pata “Boy, you might as well go ahead and clip up.” They fought again in the locker room over taunts about Pata’s girlfriend from Jones. Teammates from the night of Pata’s murder brought Jones’ name up to investigators multiple times – including how he showed at the apartment of one teammate “very out of it” and the notice that he had changed his phone number that same day.

On August 19, 2021 35-year old Rashaun Jones was arrested on second-degree murder charges for the 2006 shooting of his teammate. Jones claims his innocence, and his lawyer claims most evidence on the arrest is circumstantial. Jones entered a not-guilty plea on September 17, 2021. Jones is currently in jail awaiting trial.