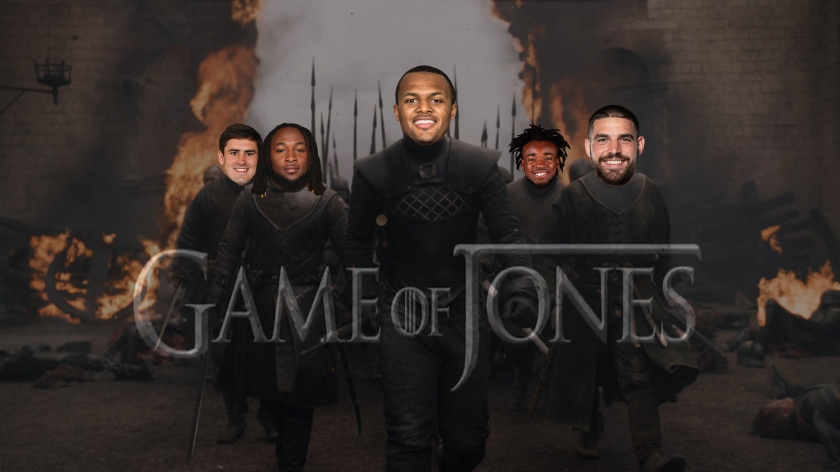 Week 14 of the NFL season has come to an end, with a bunch of twists and surprises along the way. Just like the Sunday Night Football game between the Browns and the Ravens, Game of Jones would not go down without a fight.

Game of Jones went into last nights battle trailing by about 5 points, with one man left to play. The Raven himself, Mark Andrews, has been a warrior all season long, and I was sure he would lead me to victory. However, as the game went on Mark Andrews managed to put up a consistent 0.0 on the scoreboard. Throughout the entire game, I was yelling “throw the ball to Andrews”, hoping he would get a touchdown or huge gain. Nearing the end of the third quarter, I was expecting the worst.

However it wasn’t until late in the game when Andrews broke through with some huge receptions which not only lead the Ravens to victory, but helped declare victory for Game of Jones. The final score being 100.36 to 93.02.

A Game of Jones victory means that WINter is here, and the championship dreams are still alive!