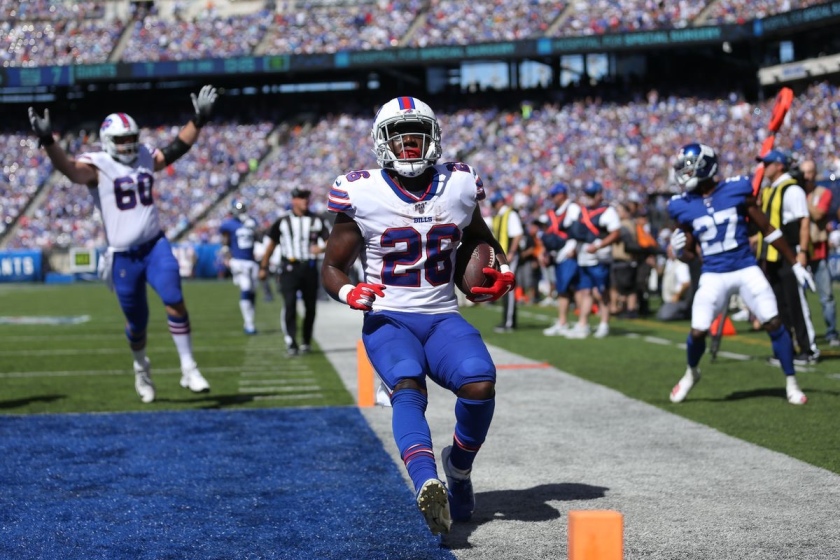 In the event that Gibson cannot go due to his questionable status, McKissic would fall into this spot, but both running backs have the best opportunity to make an impact this weekend against the Lions. Their defense is the worst at defending the run as we saw last week when Dalvin Cook ran for over 200 yards against them. Plug them in and watch them work.

Edmonds didn’t get involved as much as I thought he would have last weekend. However, this week against the Bills he should have a better shot at it as long as Kenyan Drake stays inactive. He proved to do well rushing for 70 yards and catching all three of his passes. If they use him in the passing game more, his numbers will definitely increase.

It seems that Duke Johnson and not David Johnson is set to take the reigns this Sunday against the Browns with David still reeling from his concussion. The Browns aren’t the worst against the run, but Duke Johnson is also a pass-catch back which means in times of need, Johnson will be the security blanket for Watson which makes him a start in my eyes.

Henderson has a hill to climb in order to play drawing a questionable tag so maybe consider this for all the Rams backfield. The Seattle defense has allowed four different running backs to have over 16 fantasy points. Again, it’s a risk, but if he is healthy I would start him.

Singletary’s relationship with the end zone is cold and outdated my friends. He can’t find his way in for a rushing touchdown and hasn’t scored since week four of the season when he faced the Raiders. Let’s be honest here. With Allen and Moss using up all the end zone space, it is highly unlikely Singletary gets many shots.

Taylor found the end zone last weekend against the Ravens, but other than that he didn’t do much as it basically came on a one-yard scamper in. This Thursday he faces the Tennessee Titans who aren’t the worst at defending against the run, but his fumbling comes into play and the committee that goes along with him.

Swift had about less than 13 points last weekend against the Minnesota Vikings as Adrian Peterson got a lot of carries in a revenge matchup against his former team. Now he has a bigger challenge ahead of him when he faces the Washington Football Team. The rush defense is 7th against the run and Swift should be avoided this week.

McKinnon actually got the bulk of the workload last Thursday against the Green Bay Packers. Whether he gets that workload again or not doesn’t matter as he faces a Saints team that gave both Jones and Fournette hell last weekend. I would avoid this matchup at all costs.

Gallman is sort of an interesting play as he was able to score last time against the Eagles, but that was due to the inconsistency of Freeman. Given that Devonta might return this Thursday, Gallman wouldn’t receive the same amount of carrie he would need to provide well in fantasy football.