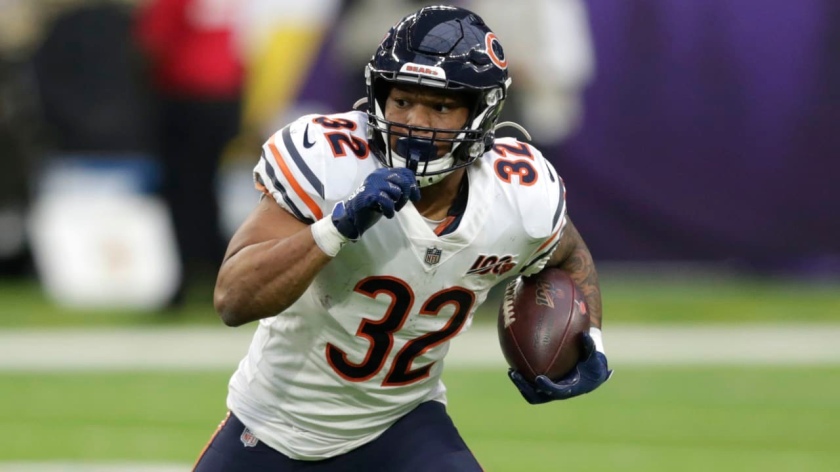 Taylor has been an incredible addition to the Colts while Marlon Mack has been out for the year with a torn ACL. Taylor has scored double digit points in every game except one, and is going into Detroit’s awful rushing defense that is 28th in the NFL. He is fresh off a bye as well so you know he’ll be itching to be the number one weapon in Indy again.

So this one really depends on how Philip Lindsay’s injury pans out because I still do not believe Gordon is out of the doghouse yet after his DUI issue. However, this is a revenge game for him taking on his former team. You know me, I’ll take revenge matchups all day especially since James Robinson smoked the Chargers defense last week.

With how last weekend happened, I firmly believe that both of these players could find success on Monday night. Jones was the main rusher and endzone guy with yards and a touchdown while Fournette handled some carries and was a big target for Brady in the passing game. The Giants defense is also piss poor at covering the run so expect both guys to do quite well.

Scott scored 18 fantasy points last weekend against the New York Giants, and I expect him do just as well if not better on Sunday night against the damaged Dallas Cowboys. Their defense is just hot garbage, and they couldn’t stop the running attack from Antonio Gibson from the Washington Football Team.

Montgomery has been a lot better this season than his rookie year. Maybe you can chalk it up to Tarik Cohen being out for the year, but he is producing regardless. However, he has a date against the New Orleans Saints who are good against running backs. I’d fade hard on the Chicago back this weekend.

Conner has come alive from his 2018 year with essentially only having a bad game in his first week. It could be with his health finally returning to normal. They have also faced teams who don’t have great rushing defenses. They now go up against the Ravens defense who have Ngakoue to try to stop the run.

Fantasy owners must have been pissed off when analysts were telling them to start McKinnon. He had basically one carry for negative yardage while another running back took over one hundred yards and three rushing yards. McKinnon could be the start this week, but tempt your feelings with it and start if you want, but be warned.

To be fair, Freeman would have had a great day at the office had he not been injured. However now with an ankle issue, and a committee now in question, I would avoid Freeman when he goes to face the Bucs Monday night. Their defense hasn’t been kind to enemy backs so put him on the shelf for this week.

Don’t get me wrong here. The entire Patriots offense is in shambles right now, but I figured out of everyone, James White would have thrived as Cam relies on his running backs for a lot of passing situations. However losing work to Burkhead and Harris is definitely rubbing White the wrong way.