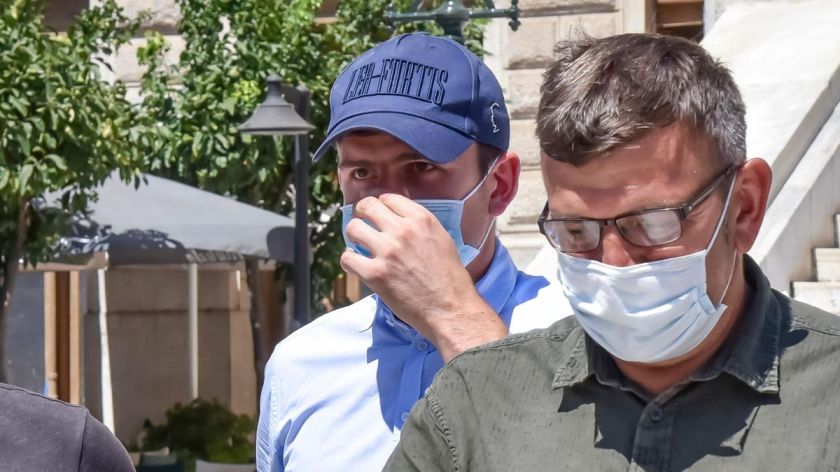 Manchester United Captain Harry Maguire was found guilty today of an incident that happened while on Holiday in Greece during the offseason including assault, resisting arrest and bribery…which I mean call me a degenerate, but if I had the bankroll of a top tier footballer on the world’s biggest club I would ABSOLUTELY be like “Yo, lemme go I got money” (or some other variation of this word).

The bigger decision of the incident was Maguire was chosen for the England’s Nations League double header next month which I mean, duh. Maguire is a prototypical center back with a massive noggin and since his time at Hull I’ve wanted the kid to wear red.

Gareth Southgate, Manager of the English Football Team Said this:

“It’s clearly a decision that is not straightforward and a decision I could only take on the information I have,” Southgate said earlier on Tuesday. “I’ve spoken to Harry and I have the insight to the story which is very different to what is being reported.”

Also, humble brag that my friends from England (which is a brag on top of a brag, I know) are friends with him so it’s like im kind of sort of maybe kind of an acquaintance. Baddaboom.

Also, because I was working on this when the chirpiest of all chirps rang high from the rafters of the troll heaven that is Mike Funyak, naw I’m not worried at all. I’d follow this guy into a Greek bar fight anyday. Maguire Vrs The World.