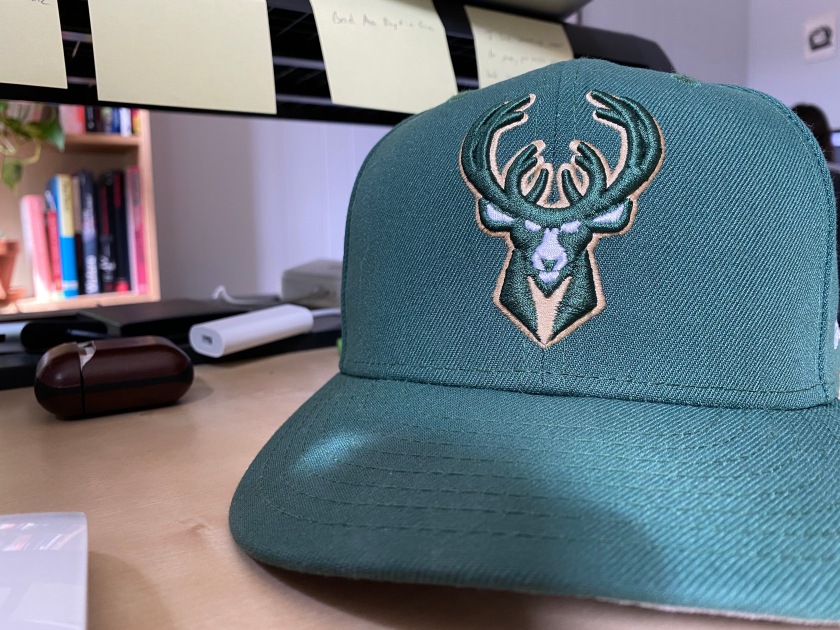 Have you ever wondered why it is so hard to get into a new sport? It is totally against whatever imaginary code to become a fan of a sport after college. As if you didn’t grow up living for the sport that means at no point in your life can you then take interest in it?

A perfect example is my recent departure into Basketball. I went through a process to pick a favorite team, (The Milwaukee Bucks) and then did what every other fan of the Bucks would do, I bout some gear.

Over the next few weeks, it was brought up at nauseam. The sudden appearance of the Bucks hat on Thoughts From The Bench content irked people. If it was a Pittsburgh team or a Cubs hat no one would blink. But the reoccurring Bucks hat garnered jokes from my co-workers. And questions from our viewers curious about why I was wearing a bucks hat.

So let me take a moment to explain.

First why I wanted to get into basketball. During TFTB content I found my self really interested in the basketball discussion, mostly because I have no idea about the current product. But the way everyone was talking they made the current product seem really exciting. So I watched a few games. Some Sixers games with Teacher From The Bleacher, and a few Zion Williams games. Turns out I dug it.

So I figured the next step is to find my team. I looked over the landscape and selected six teams to do research on to see if I would vibe with them. I was looking for a classic franchise, that had not relocated at any point. A franchise that had a few legendary players to its name. Most importantly a franchise that was currently competitive.

So I looked into the Knicks, Bulls, Pacers, Trail Blazers, Pelicans, and Bucks. These all came at the recommendation of the basketball fans I am friends with. After doing some digging I came to some decisions.

The Knicks are a really crappy organization, they treat their fans terribly, and if the NBA wasn’t set on keeping them in New York no one would care about them.

The Bulls were cool because of my ties to Chicago. But at the end of the day, its Michael Jordan or bust, and that felt like cheering for the Dallas Cowboys before Dak.

The Pacers were my Grandfather’s team, but because of that, it made me want to pick someone else.

The Pelicans. Zion is awesome let’s just get that out there, but I didn’t like the amount of moving the franchise had done. It makes me nervous that in a year or two the franchise may up and change. It also gave me a lot of concern that Zion would not spend the majority of his career there.

So it came down to the Bucks and Trail Blazers. Now Portland, a town I can get behind. I have been called a hipster on more than one occasion. I like that for a long time they were the only team in town. I love the city’s dedication to the franchise. And mostly I loved Damian Lillard. That guy has more attitude and talent than any athlete on the planet right now. The final decision to not go with the Blazers was based on the time difference. I want a team that I can watch.

So I landed on the Bucks. First the area of the country, nothing better than Wisconsin. The Packers are my second favorite NFL franchise. Wisconsin University is my second favorite University. F the Brewers, and now I cheer for the Bucks. I love that until recently they have been a determined a franchise. I like that they seemed cursed when it comes to their best players suffering career-altering injuries. (As I said I am a Cubs fan) I also liked that they are one of the first NBA franchises. And they have never left Milwaukee.

So that my friends is the story of the Bucks hat. And my trip into liking basketball.