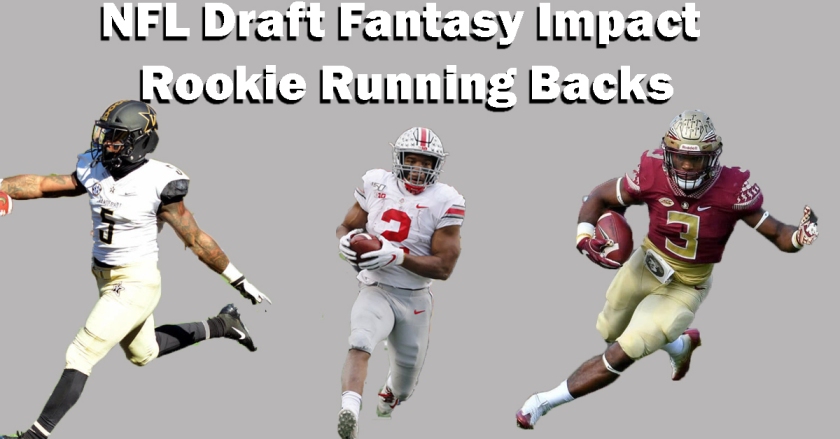 At this point in my life almost every piece of NFL news comes back to Fantasy Football for me in one way or another. Whether its trades, useless cuts, amazing performances in another league or the greatest event of the year in the NFL draft. I just can’t look at it another way other than to think “Should I be adding that guy in Dynasty?”

There were 77 rookies drafted eligible for fantasy (not counting kickers or defensive players) in this years NFL draft, maybe 15 of which are honestly draftable in traditional fantasy. When it comes to dynasty, you’d be hard pressed to get me to not try to pry all of these guys into my mock.

In a preview to my official 50 man rookie rankings, I wanted to walk through a few running backs that I love in their new homes for both Dynasty and ReDraft leagues. Yes, I am WELL aware that Clyde Edwards Helaire will be taken in the first three rounds of your draft, but I wanted to take a dive into some guys that may not (but should be) on your radar.

I love Akers, plain and simple. One of the best blocking backs in this draft, the Florida State alum is put into the perfect situation currently. I love me a McVay offense that involves a good running back and with the departure of one Todd Gurley, that position is wide open. I understand that Brown and Henderson are there already, but you’d be hard pressed to convince me either of those guys is as talented or has as much upside as Akers.

It still blows my mind that Dobbins was available for the Ravens at 2.23, but the rich get richer. In all seriousness, this is the perfect back for the Ravens system. Dobbins is very similar to Ingram and will thrive on this team behind MVP Lamar Jackson. It may take some time, but Dobbins is the heir to the running back throne in a run heavy offense.

Although many people may not have known about Vaugh before this selection, the Bucs get a guy with extreme explosive ability to help out the new Brady offense. Although the team does have Ronld Jones II and Dare Ogunbowale, neither one has really done enough to convince me they earned, or deserve, the Bucs starting role. If you’ve looked at previous Tom Brady offenses as well, there’s normally a cast of characters that are important at the RB position. So although Vaughn isn’t currently draftable in a redraft league, keep his name on your radar this season.