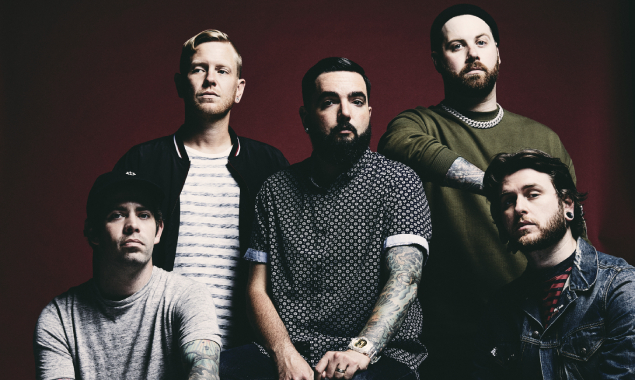 I want to point out before I start writing here. This is one of my favorite groups to listen to ever. So when their sound starts changing it makes me a little bit concerned with what I am going to get with this eventual album. I still love the group and a lot and will continue to listen to their music, but I feel I can give my honest reactions to the more recent stuff they have put out.

For those that didn’t know, A Day To Remember had gotten out of contract with their previous label Victory Records and had signed with Fueled by Ramen. I was a little skeptical of even this because when Paramore signed with them, their sound turned very radio friendly and almost poppy. Other bands that acted on this trend of going from their original sound include blink 182, Fall Out Boy, and Panic at the Disco.

A Weird But Interesting Start;

When this first caught my attention, I was very scared to listen to it. My worst fears had been realized, they went pop. This was mostly due to the featuring of Marshmello on this track. Having a heavier pop punk band like them team up with an EDM artist made me really nervous as to what it was gonna sound like. I listened to it and I was actually blown away. Yeah it had that radio pop feel, but they kept their sound relatively there with the way they almost carried the song throughout its entirely with Marshmello handling the flow of the chorus.

This song grew on me throughout the summer and I had to say at the end I was in a weird feeling, but I liked it because it was something very experimental that A Day to Remember had never tried before. Plus Jeremy’s vocals were amazing on this track. Though this considered a Marshmello track, I had to throw this on here because it was a heavy statement made by A Day To Remember.

What the Hell Happened?!;

Starting off with a collaboration with Marshmello was an odd start, but I thought they would eventually start off with a good song on the album. Their single Degenerates was far from what loyal A Day to Remember fans got. Instead we got a very radio friendly and almost soulless song that essentially drained me of all the hype that was around the release of this song.

The overall feeling of this track just feels very forced to a radio presence. The worst part about this track has to be the lyrics and the chorus. My god what is this?! This is by far the worst track that I have ever heard from them. It almost feels like a childish element is incorporated into this song and I don’t dig it at all whatsoever.

A Step in the Right Direction;

I didn’t think I would listen to another new track again after Degenerates came out, but I thought maybe it was a one-time fluke by them and they can redeem it with something later down the line. Enter their new single; Resentment. Now overall this song has me split down the middle of what I think about it.

Let’s start off with the good things. One, there are a lot more heavy elements in this song in the chorus and the breakdown. I love that that is there for me to enjoy once again. Two, the guitar and drum work just seem more in your face during these elements. One could argue that may be in response to the negativity on their last track, but who honestly knows man?

However, there were some sour moments on this track. The verses just felt very tame almost with an electronic feel to them. It’s a not big bump since Jeremy’s voice is good enough to carry it, but overall I still didn’t like that element. Also, when they do have a breakdown in this song, it does seem forced and almost soulless compared to other breakdowns before. Maybe I am just nitpicking here, but that’s what I think. My overall opinion is this is a better song than Degenerates, but oddly doesn’t get to the level of what Rescue Me got me to.

Not Heavy, But Still Decent;

This track came out a couple of days ago, so I wanted to take the time and dissect it to the point where a fair rating could be given. At first, I was not the biggest fan of this song, and thought we had taken two steps back after the release of Resentment.

However, as I dove deeper into the short song, I was able to find an appreciation for it based on a sense of story telling through the lyrics. A sense of not knowing what your partner thinks when assuming the other one can read you like a book. People sometimes don’t want to read their partner, but rather have thoughtful and logical discussions with them to find out what is wrong. I really loved that element on this track.

The overall song seemed very radio friendly again with no breakdowns or screams, but was a very catchy and simple track to get. If there wasn’t a big lending help from the lyrics, this song would be lower, but overall with the music, lyrics, and an interesting animated music video, it was able to keep my attention. Therefore I didn’t hate, but just wished it was a little bit heavier.

So after reading this and listening to each of the songs presented, I do feel that A Day To Remember has crossed the plains to a more radio friendly and poppy sound. Do I hope that changes for this upcoming album? Absolutely! I preferred the older sounding of this group, but I guess anything could happen at this point.

What did you think though? I am curious to those who have listened to them as much as I have. So I’ll give you the opportunity to voice your opinions in this. You can vote below to let me know.