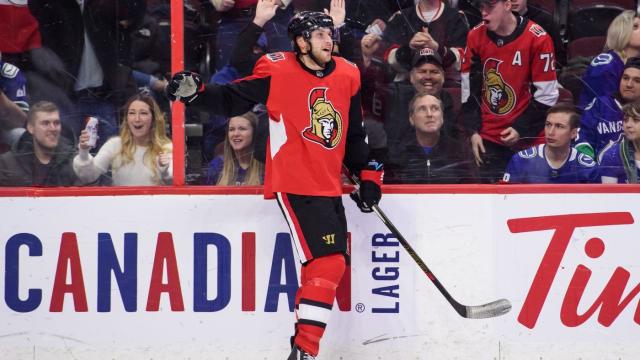 The NHL has had it’s fair share of stories this past week from the Zamboni Drive goalie David Ayres to the NHL Trade Deadline. The great stories continued on Thursday night, as Bobby Ryan played in his first home game since his extended absence from the team.

Bobby Ryan hasn’t seen the ice since late November when he enrolled in an NHL/NHLPA Players Assistance program to help fight his alcohol addiction. Not only did Ryan complete the program with flying colors, but he made his return to Ottawa a night to remember for everyone in attendance. The 32 year old winger had an amazing night, recording his 5th career NHL hat trick.

Before his absence, Bobby Ryan recorded only 1 goal in the Senators first 21 games. Not only did Bobby Ryan triple his goal total, but he proved he is strong enough to overcome his alcohol addiction, and continue playing the game he grew up loving. Here’s to hoping Bobby finishes the season strong, and continues to be successful off the ice.