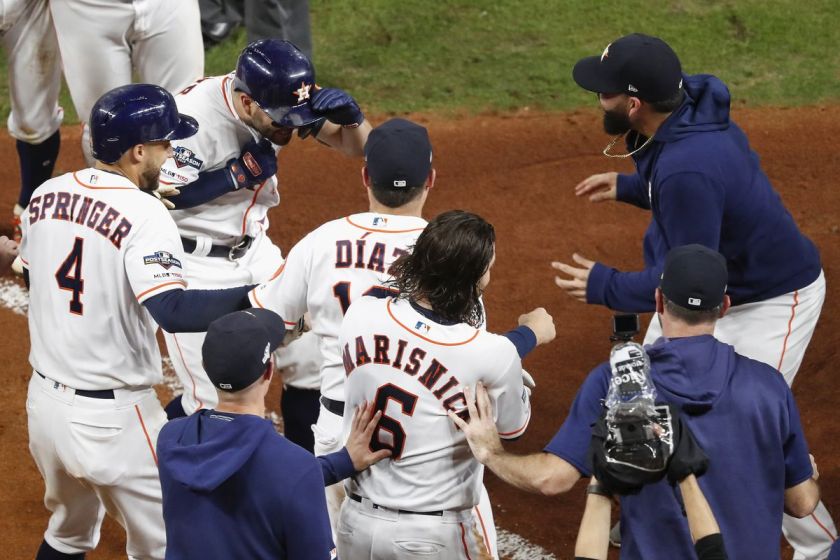 Typically, MLB offseasons are pretty bland. That was not the case this past week.

A scandal can go a long way in helping with that.

Last Monday, commissioner Rob Manfred handed down the punishment to the Astros and it was a doozy. First and second round draft picks the next two years, a $5 million dollar fine, and a one-year suspension for manager A.J. Hinch and GM Jeff Luhnow.

Houston immediately responded after the punishments were announced by firing Hinch and Luhnow, things only got crazier from there.

The writing was on the wall for Alex Cora and Carlos Beltran as they faced the same demise as Hinch after they were both named in the report that was released Manfred.

Three teams, big market teams at that, fired their manager in half a week.

Then when we thought this would be the end of the chaos, someone claiming to be Carlos Beltran’s niece (definitely not his niece) on Twitter entered.

She dropped some bombs, mostly notably the accusation that Jose Altuve and Alex Bregman were stealing signs this season via a buzzer placed under their jerseys.

It will be interesting to see if this accusation has any legs, but some of the video evidence sure is pretty intriguing.

Wowzas…let’s see how this develops.

From here, different claims completely unrelated to the Astros scandal hit the Twitterverse. Even MLB’s phenom Mike Trout was a target as he was accused of taking HGH to treat a thyroid condition. I don’t see this claim being too credible, but still waves were sent through MLB Twitter.

Speaking of MLB Twitter, thank goodness we have you to turn to for information and humor.

See below the one clip that sums up the wild, wild week in MLB offseason.