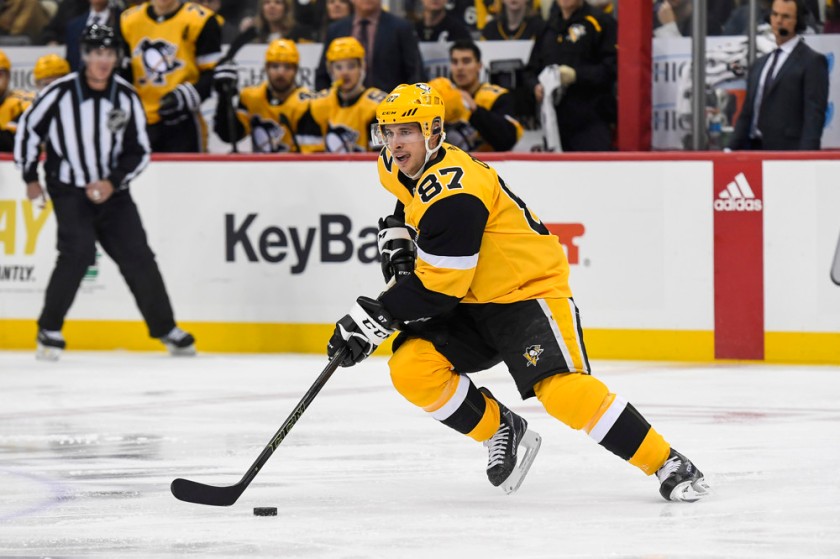 You read that right, friendos.

Sidney Crosby, hands down the greatest player in the world, has returned to the Penguins lineup tonight. The Penguins are playing the Minnesota Wild, and woe by Minnesota because SID THE KID HAS RETURNED.

Captain Sid has been SO close for the past few games to returning, and tonight it’s finally happening. The Penguins have the MOST points in the league since his injury. That’s INSANE. Now that he’s back, expect their skill level to transcend into an even more elite state, and just watch and be amazed at the level of play that will follow.

Let me just speak for the city of Pittsburgh here for a moment:

HALLELUJAH OUR KING IS BACK.

This is actually Pittsburgh right now too:

The Pens twitter could not have created a more appropriate tweet than that to be honest. That about sums up everyone’s reaction to seeing the captain return to the ice. Here’s what Sid had to say himself:

Class. That’s all this guy has is class. If someone came up to me and said that Crosby was talking like he’s the greatest thing since sliced bread, I’d go for a throat punch to be honest because this dude would never say anything along those lines. You will never come across a more humble person in this world, hands down. He’s not wrong though, the team has been amazing since his absence, and they should only get better now.

The Minnesota Wild are coming into this game having lost 3 straight games. Sunday against Vancouver in a 4-1 thrashing, last Thursday to Calgary 2-1, and in a shootout against Calgary also on 1/5. They are coming into the game looking to spark something against the Penguins, who are coming off a 3 game perfect sweep road-trip. The news that just dropped probably isn’t helping their confidence at all.

The Penguins are 18-6-4 without Crosby this season, sitting pretty in 2nd place in the Metro and only 6 points behind the first place Capitals. With 3 games in the next 4 days and the All Star break coming up, the Pens will look to go undefeated and propel themselves into the break with a nice cushion.

I can’t WAIT to witness the return tonight, and watch the Penguins trounce the Wild with ease.