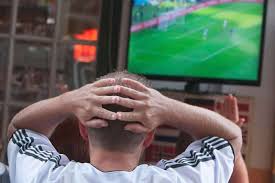 Well, first and foremost, I do want to sincerely apologize for the absolute S*** parlay that I had originally written about.

I do want to assure you all that you were not alone if you lost that bet. Because with some of the results that happened, I am almost 100% certain that A LOT of people lost their money.

I woke up at 8am on Saturday morning to see that Tottenham was the first of the several teams to ruin this parlay because they obviously don’t know how to score a damn goal against a weak Watford side. Matters got even worse when Derrik and I got to Pipers Pub to partake in some beverages to drown my sorrows and watched how Sheffield pulled a draw against a weak Arsenal side at the Emirates Stadium. Bournemouth s*** the bed against Norwich and lost 1-0. Chelsea was garbage and managed to lose to Newcastle. Manchester City tied against Crystal Palace. Yes. You read that right. Manchester FREAKING City TIED AGAINST CRYSTAL PALACE. This weekend SUCKED for the soccer betting world if you bet favorites. And lastly, there was not Vardy Party for Leicester City, who lost 2-1 to Burnley. The EPL got turned upside down, and if anyone placed bets on the underdogs like Newcastle or Burnley, or placed money on ties, they made their money there. Big time.

You can’t win every bet you make. But, I will say that I still have a winning record and that I am still going to make a parlay bet on the EPL next weekend, and you are all going to hear about what could be a potential win for your wallet whether you like it or not.