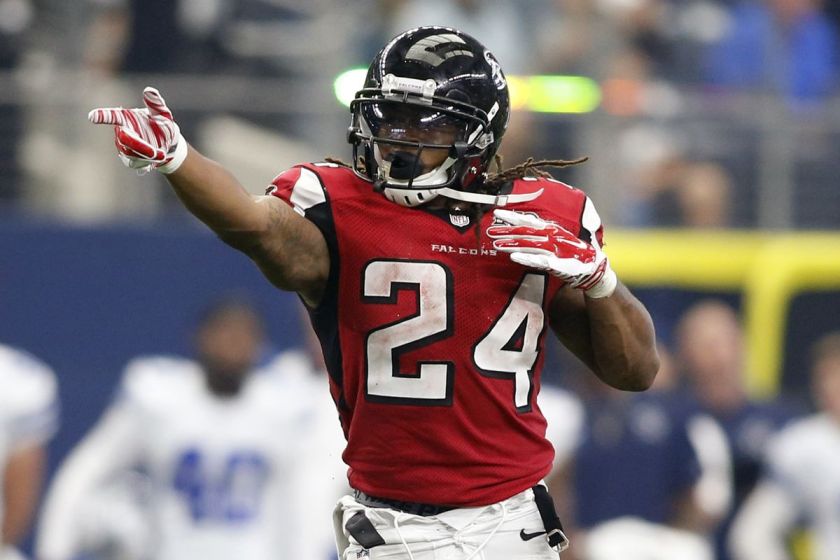 It may seem unlike me considering I have never been a fan of Freeman. However, I can’t be biased considering his matchup against the Carolina Panthers. With Matt Ryan struggling and the defense better against the pass, it wouldn’t be a surprise if the Falcons leaned on the run game with Freeman. It makes sense considering that the Panthers have allowed 22 total touchdowns to the position and only the Chiefs have allowed more points to enemy running backs.

While Ekeler has been the second back to Gordon in terms of rushing, he has excelled as a perfect pass-catch back for Philip Rivers in times of need. I’d put him in your lineups this weekend against the Jaguars who are terrible against the run if it wasn’t evidence enough when Peyton Barber scored two touchdowns against them. In fact Jacksonville is so bad that they’ve given up six total touchdowns and the second most fantasy points to running backs since week ten.

Hunt has done a great job at being relevant in the NFL with the Browns. He scored a touchdown against the Steelers last weekend and this week I see him getting really good points against the worst rush defense in the NFL; the Cincinnati Bengals. Even with Nick Chubb doing most of the damage, Hunt has been involved so much in the Cleveland attack pattern that it would be foolish to bench him. 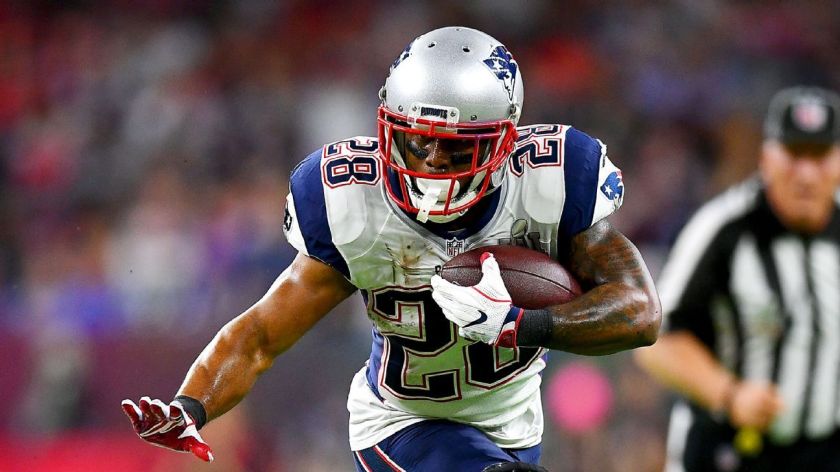 White put up an incredible stat line last week against the Texans with 37 fantasy points. While it is hard to trust Patriots running backs, none have been more impressive when it comes to playoff season then James White who basically relies on Brady for passes instead of rushes giving him huge points. He should thrive on the ground and through the air this weekend against the Chiefs who just gave up over 100 yards to Josh Jacobs last weekend. 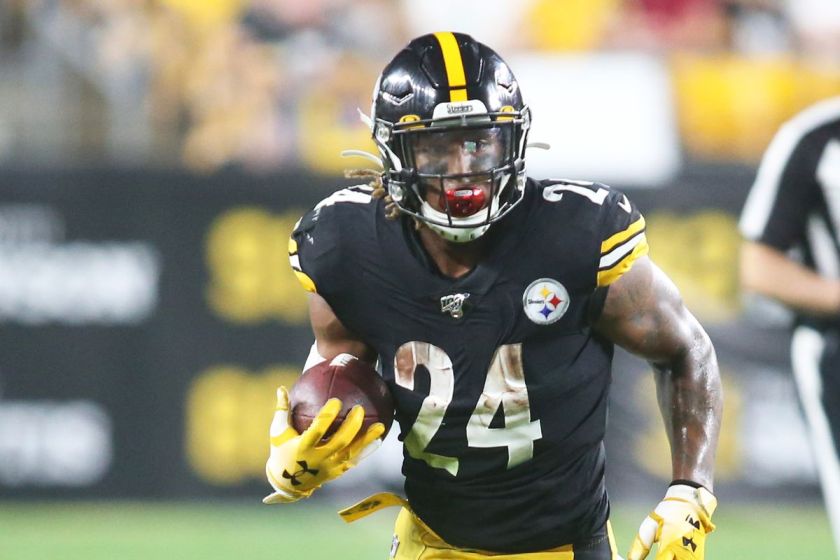 While Conner would be the back to go here against Arizona, his status is still unclear for the moment. So until then, I would roll with Benny Snell who has done very well in the past two weeks in the rushing department scoring double digit points in matches against the Bengals and Browns. The Cardinals rank 24th against the run and 32nd against the pass so expect Duck Hodges to have Snell run and catch out of the backfield in this one. He is a solid flex start.

We’ve done this dance once before, so I’ll make this short and sweet. I can’t trust Tevin Coleman anymore and it isn’t his fault. The 49ers rely on a committee and last week when he was the sit of the week, Raheem Mostert rushed for over 140 yards and had a score. Keep him benched again this week against the Saints who aren’t very kind against running backs allowing the fourth fewest points to the position. 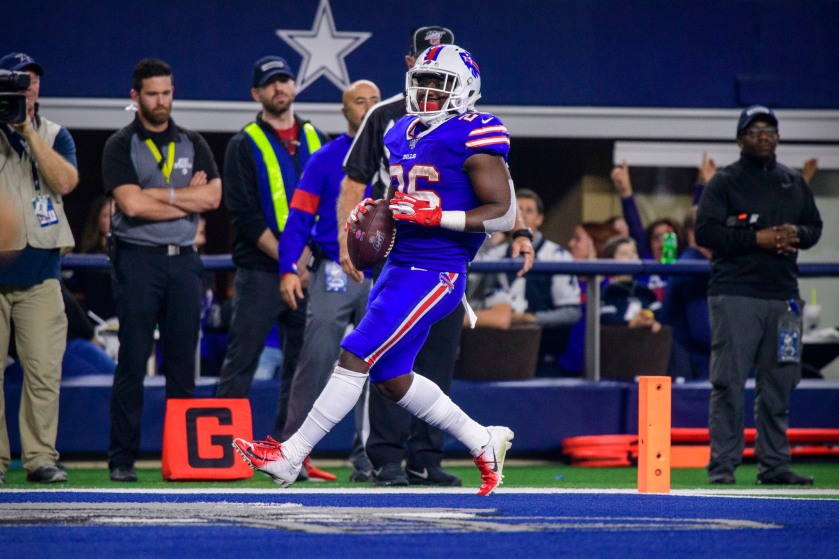 Singletary is coming off a monster game against the Cowboys so why put him on the sit section this week you might ask? Well, chances are you have to play him so this is more of a warning for owners. The Ravens are away in this matchup, but they have held home running backs to just three total touchdowns and the second fewest fantasy points. Again you probably have to start him, but beware the matchup.

Chances are if you started Jones last weekend against the Jaguars you were extremely disappointed as he was a complete bust and probably costed you a playoff spot scoring less than a point after he was benched for missing a block. Peyton Barber then went on to get the two rushing touchdowns. With a committee back in effect, Jones is the last option you want to tangle with especially going up against the Colts who have allowed the fifth fewest points to running backs. 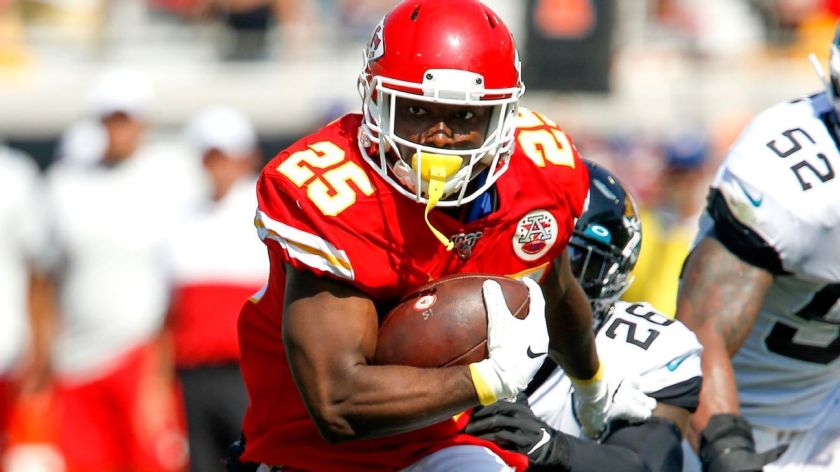 McCoy did good work last weekend against the Raiders finding the endzone for a score. Even with both the Williamses out with injuries, this is a nightmare matchup for him going against the Patriots who have allowed to the fewest points to enemy backs on the season. You can bet your bottom dollar the New England defense will try to make him fumble too so I’d bench him.

Drake started off hot, but he has quickly cooled down over the last few weeks including last weekend’s nightmare performance against the Rams. An upcoming matchup with the Steelers doesn’t bold well either considering they are ranked fifth against opposing running backs in terms of points scored. The Steelers have a knack for playing to their contenders, but putting Drake in is just too much of a risk in my honest opinion.