Calvin Ridley had a monster game against the Carolina Panthers last weekend. he now gets a real chance to show how much damage he can do when he takes on the Tampa Bay Buccaneers who rank last out of all 32 NFL teams at covering wide receivers. Plus with Jones having a bit of a foot issue in practice Ridley might have himself quite a game against this terrible Bucs secondary.

You guys know how much I love revenge matchups. Take Jarvis Landry against the Miami Dolphins for example. Jarvis does most of his damage in the slot area and the Miami Dolphins can’t seem to find a way to cover slot receivers as they have allowed eight touchdowns and almost 15 yards per catch to the slot position. Landry is a must start against his former team.

Crowder as emerged as a huge contribution to fantasy owners with Sam Darnold back under center as he has scored 18 plus fantasy points in his last three games. He should have another good day against the Oakland Raiders who are also terrible at covering the slot position letting up nine touchdowns and the seventh most points to slot receivers this season.

Metcalf has definitely lived up to expectations for the Seahawks this season. He has scored double digit fantasy points in seven of his ten games before the bye week. he should have no problem taking it to this Philadelphia secondary who have been poor this season to say the least. With Tyler Lockett also tending to a shin injury, Metcalf could see some added targets to take the pressure off Lockett in his recovery.

While it is true that Williams hasn’t scored a touchdown in his last three games, he has a good chance of breaking that streak this Sunday against the Jets. The Jets have allowed receivers lined out wide to score ten times against them this season. To add to the hype, the Jets have allowed the sixth most fantasy points to wide receivers and Williams runs at least 73% of his routes out wide. He is a must start this weekend.

Boyd has struggled quite a bit for fantasy owners in recent weeks and honestly it really isn’t his fault. With Andy Dalton being benched and Ryan Finley coming into the game, the Bengals have been running the ball more and passing it less. When they do pass it the ball has been going to Mixon, Tate, Eifert, etc. None of those names are Tyler Boyd who only caught three passes for no yards last weekend against the Raiders. He also didn’t have the greatest showing against Pittsburgh in their first run, so I’d keep him on the bench this week.

Woods has been away from the team until today for a personal family matter, but even when he rejoined the team I was still shaking my head at this matchup he has with the Baltimore Ravens. With Brandon Cooks coming back from his concussions and Todd Gurley having a resurgence in production last weekend it doesn’t look like Woods will do most damage against a stout Ravens defense. 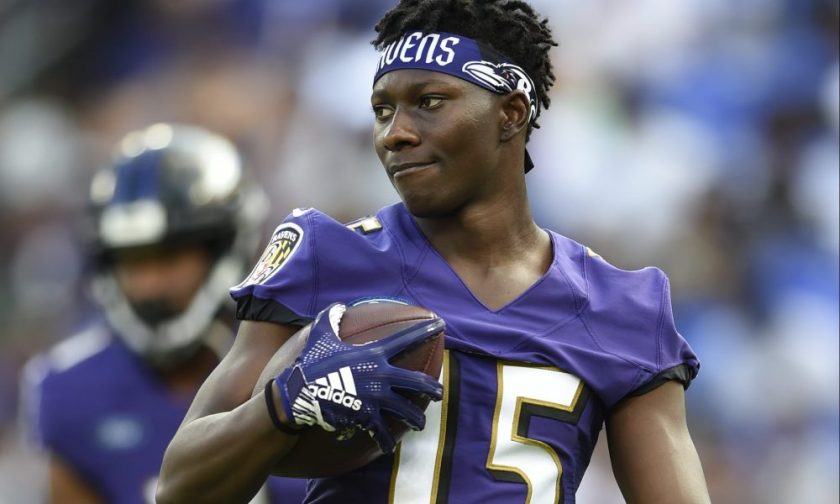 Brown had a great matchup on paper, but due to ankle issue he wasn’t able to get the job done. Next up is a face off with the Rams which means he will mostly be covered by elite cornerback Jalen Ramsey. With that matchup in mind and him being at less than a 100%, it just doesn’t seem like a smart play to throw him in your lineups this week.

It’s a real shame that McLaurin’s playing ability is being limited to who is under center, but that is what is exactly happening with Dwayne Haskins as his quarterback compared to when Case Keenum was playing. I would avoid this game against the Lions as cornerback Darius Slay will most likely be covering him and honestly, I’d expect the Redskins to run with Guice for the majority of this contest. 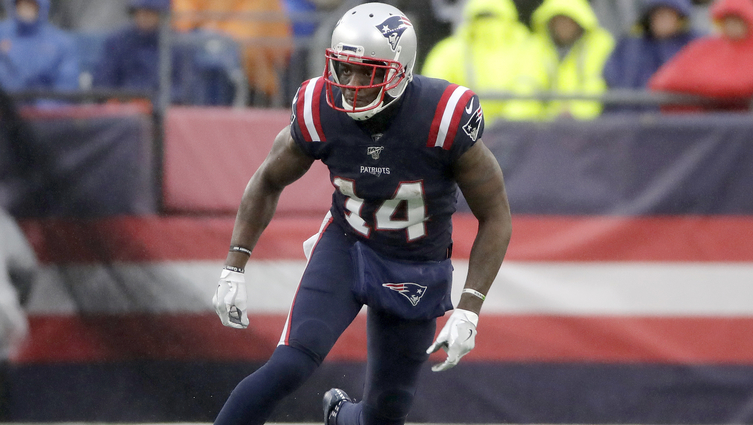 Sanu could have done great things last weekend against the Eagles, but instead he took a big hit when returning a punt and although he didn’t exit the game because of it he couldn’t make any use of it. Now we come to this week as his ankle injury keeps his status murky. Even if he does play however he is going up against the Cowboys who are the third best team at covering wide receivers this season. I’ll pass on this one this week.