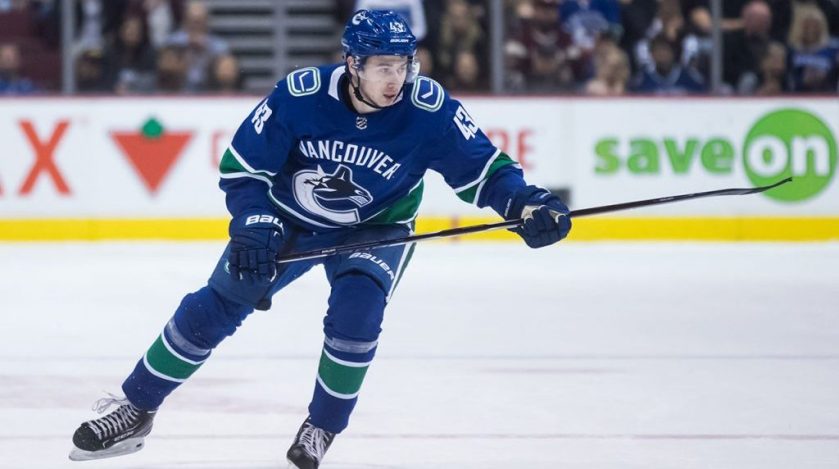 Last night the NHL kicked off the 2019-20 Season. Coming into the season we talked a lot about these teams and who we think will be good. So last night when the NHL offered four games I had to check in on all of them. Here are some take away from the matchups.

Most of the Leafs vs Sens game was spent in Ottawa’s zone. It seemed like every time they attempted to change lines the puck was behind them faster then they could get over the boards. The epitome of this scenario manifested in the 3rd period as Brady Tkachuk made a break from his blue line through the neutral zone. The expected pass was coming from Ron Hainsey standing at the bottom of the circle on the right wall. He saw Tkachuk and absolutely missed him. Tkachuk watching the puck sail behind him turned back to the defensive zone with a confused look on his face. An icing was called and the cameras caught an expression on Hanseys face that single handedly said it’s gonna be a long season. This is a seasoned defensemen and one of the best young scorers in the game. How was the breakout so poorly executed? Why was Hainsey mad? All these questions I wonder. Which leads me to believe Ottawa is in big trouble already.

Last night the NHL Schedule makers thought it would be funny to have Vegas play San Jose. Vegas was not amused, and instead of reliving the amazing seven game series from the postseason Vegas buried the Sharks. I mean they are still looking for the remains of that team. If Vegas plans to play like Batman avenging his parents death all season I feel really bad for the teams in the Pacific.

Last night the second line for the Leafs was simply dominant. Austin Matthews has two goals and basically looked to be on a warpath. But another guy who stood out was newly acquired Tyson Barrie. The former Colorado Avalanche was a constant presence on the break out. Sometimes snapping break out passes freeing the offense, sometimes doing it all by himself. The best moment for Tyson came when he threw a spin move at the offensive blue line walked in and slid a pass across the goal mouth for a tap in for Ilya Mikheyev. Barrie finished with two points on the night. A large part of his ability to act like a 4th forward has to do with Jake Muzzin. When Tonto traded for him last year I was very complimentary of the move. Now paired with Barrie you have to wonder if Kyle Dubbas knew something we didn’t. Essentially he has paired Muzzin with a guy very similar to Drew Doughty and honestly last night he got a performance similar to Drew Doughty.

#2 Austin Matthews is leaving Toronto after this season.

This may seem like a giant leap to a conclusion. Last night John Tavares was named the Captain of the Toronto Maple Leafs. The look on Matthews face said it all. He then went out and had an impassioned two goal performance that made you question if they made the right decision. I personally can’t wait to see him and Phil Kessel light it up in Phoenix next season.

#1 Quinn Hughes should win the Calder.

Last night Hughes was the stand out player in the ice in the Edmonton vs Vancouver game. A matchup that was not short on young talent. It was Hughes doing laps in the offensive zone that stood out. I watched Hughes for two years on the World Juniors Team and I like most people wondered if he could replicate that in the NHL. He is small for a defenseman and does not have a whole lot of meat on him. So if last night is any indication he just doesn’t care. Whether he had Zack Kassian pressing him on the forecheck or he was busy escaping from Leon Draisaitl in the offensive zone. Hughes was two steps ahead of everyone. Now he was lit up by Connor McDavid for a goal last night. But let’s be honest who hasn’t been nursing 3rd degree burns from that guy? Quinn won’t win the Calder this season for a few reasons, but he should. The kid is a dynamic offensive defenseman that this game hasn’t seen since Eric Karlsson, and you can quote me on that!

That’s the list. Tonight my beloved Penguins make their debut. I am sure my patience will be tested every time is see Brandon Tanev in Sidney Crosby’s wing. Have a good Thursday Hockey world.