The 2019 NFL Draft has come and gone and many of us are left with the burning desire to have the 2019 season start already. Before that however, I am going to break down most of the situations I now see some of these teams in. Feel free to have your own opinions on this, but I am the Rank King and I know what is best so let us get started.

Arizona Has Found Their Quarterback…Again

This was probably the most predictable pick we saw coming in the draft. Although it took forever for them to make the pick, Murray finds himself now to be the starting quarterback in Arizona. Again, I thought this was a dumb move on their part because Rosen deserved another shot, but what’s done is done and now Murray will have to prove he can ball out in Arizona.

Oakland Delivered With A Surprise and Talent 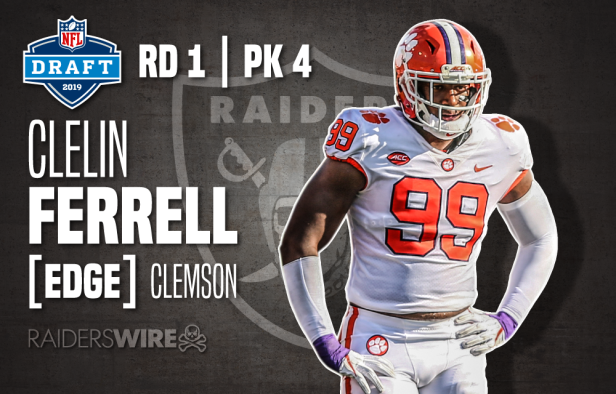 With their three picks in the NFL Draft, Oakland shocked the world with their first pick taking Clelin Ferrell the edge rusher out of Clemson. He is no slouch of a player, but many mocks had Ferrell going in the mid to late twenties of the first round instead of the fourth overall pick. They redeemed their head scratching pick with their other two taking running back Josh Jacobs from Alabama and Mississippi State safety Johnathan Abram. Only time will tell whether Ferrell was the best pick to go with because they passed up major talents such as Josh Allen and Ed Oliver to pick him. 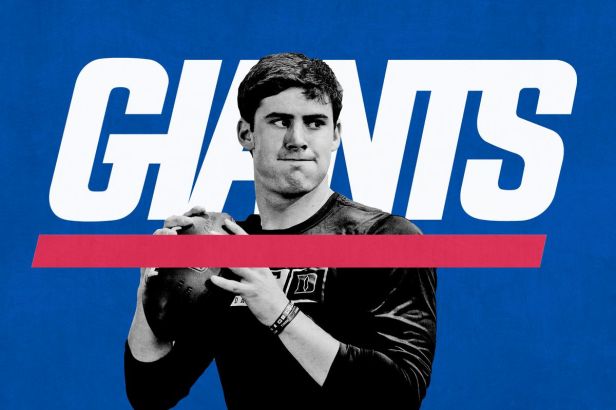 This by far might have been the dumbest move in the entire 2019 draft. The Giants had the number six and the number 17 picks in the first round. So with the sixth pick they selected Duke quarterback Daniel Jones… This has to be so frustrating for Giants fans as Jones was the second quarterback taken in the draft. This was ahead of Dwayne Haskins, ahead of Drew Lock, ahead of Will Grier, etc. Jones was projected as a late second round to early third round pick and he went sixth overall. His relationship with the Mannings helped him get here, but this was so stupid for the Giants. He was virtually last in almost every single category when comparing to the other quarterbacks in this draft. Not only that but, let’s think for a second. Last year they could have had Sam Darnold, Josh Allen, Josh Rosen, or Lamar Jackson. I pray for you Giants fans I really do.

The Steelers Draft An Impressive Class

It all started when the Steelers made the smart move to trade up ten spots from 20 to ten and took linebacker Devin Bush from Michigan. The Steelers rarely move up in the order and for them to solidify it with picking Bush should give Steelers fans huge hope that the position of linebacker has been accomplished. Bush will bring a powerful and young perceptive to the linebacker role. They had to give up their second round pick and a third pick next year, so we move onto the third round and the Steelers had two picks. Toledo wide receiver Dionate Johnson was the first pick and Michigan State cornerback Justin Layne was the second one. I really wanted Deebo Samuel. A.J. Brown, or D.K. Metcalf, but sadly they went in the second round so Johnson was a decent pick for them. Layne was a huge steal and should help out the corner problems we have been having in the secondary. The last three picks I want to talk about were made in the fourth, fifth, and sixth rounds. Kentucky running back Benny Snell Jr. was a surprising pick even though we kind of needed a running back so that is fine. Zach Gentry the big six foot eight tight end out of Michigan will try to use his size well in the offense that loves throwing to tight ends. Northern Illinois edge rusher Sutton Smith was a huge pickup in the sixth round. Needless to say the kid is just fun to watch and he should make a fine addition to the Steel City.

Giants Should Be “Sweating” That They Done Messed Up

Man it was so weird to see the Redskins draft so well in the first round. With their original 15th overall pick they selected Ohio State quarterback Dwayne Haskins, and he is more than happy to face the Giants twice. Haskins is credited with the line after he was drafted by Washington by stating that they done messed up and I couldn’t agree more because now he faces them twice a year. Then they traded up and took Montez Sweat out of Mississippi State. This kid took some draft backlash because of a heart issue, but he is gonna be stopping hearts instead with his fierce physique, speed and strength. Everyone in that division should be worried, but especially the Giants.

Cleveland just keeps adding pieces man. In the second round, they traded up to get possibly one of if not the best cornerback in the draft in Greedy Williams. He now finds himself across from Denzel Ward who had a spectacular rookie season and Myles Garrett as well. He also joins two other former LSU players in Odell Beckham Jr and Jarvis Landry. Cleveland will be fun to watch this year man.

Denver Goes Quarterback After All 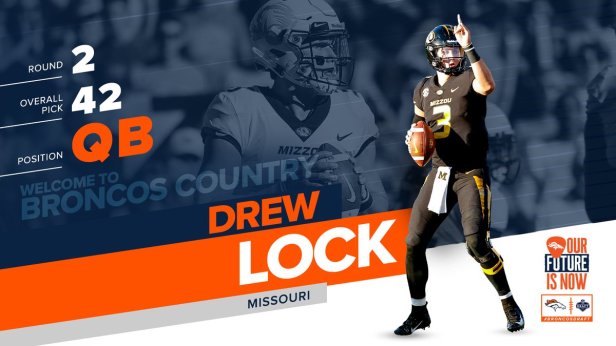 It took until the second round, but Lock is a Bronco. Questions were raised when Denver took Dalton Risner with their pick in the second round, but suddenly a trade was made and Denver had another pick right afterward. That pick was Missouri quarterback Drew Lock. He comes into an offense with a good lineman in Risner to block for him. Flacco might be the starter for now, but we all saw what happened in Baltimore. It is only a matter of time until this kid shines in the NFL.

With the last pick in the second round of the 2019 NFL Draft Seattle went and got Russell Wilson a huge reason to show off all the money he was given. Metcalf is a stud of a receiver and gets to show the world why he is a spectacular specimen in the game of football. Also with news of Doug Baldwin maybe retiring this puts Metcalf into a huge spot as he could become a star receiver for Seattle straight out of the gate. Look for this kid to shine on the field with Wilson throwing him the ball.

Well there you have it. My main opinions about the draft have been given. I honestly can say for most of our fans reading and the bloggers that well do the blogging that we are incredibly pumped for the 2019 NFL season to start.