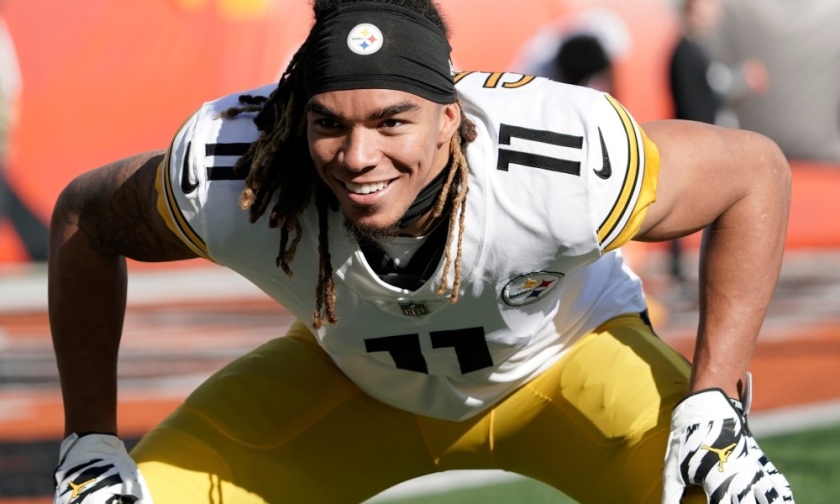 Let’s look back at the wideout starts and sits for last weekend. DJ Moore did okay, but really couldn’t get a lot going for what was given to him. My sit was Odell. Sadly, he was able to get his first touchdown as a Ram last weekend against the Packers. Let’s try to be better this weekend!

It is hard to imagine that I am sitting Ben and starting Claypool right? However, here is my reasoning. The Ravens have been struggling against big plays from wideouts in multiple games. Claypool is a deep-shot guy. It might be a handicap decision with Ben at the helm, but Claypool has proven himself to get the deep catches from Ben. This Ravens defense is not what it used to be. He should do well in this one.

Aiyuk has finally begun to find the form he found last year in his rookie year. It also helps that they have been using Deebo Samuel in the run game more than the receiving game. Now, Deebo will not play in this one which opens up the door for Jimmy G to connect with Aiyuk for some big plays. Get him in your lineup against a poor Seattle defense.

Waddle has found his rhythm with former teammate Tua over the last couple of weeks. He is no doubt the number one wideout on this team with multiple names out with injury. It also helps that he is getting an average of seven to eight targets a game. This definitely helps him out quite a bit. With that kind of volume, it is hard to argue he won’t find success against the Giants this week.

Pittman is still the number one wideout on this team. Yes, Wentz found some success in Jack Doyle last weekend against the Bucs. That might happen again this week, but it is hard to imagine that Wentz won’t look Pittman’s way in this one with Houston’s defense giving up a good amount of points to teams over the last couple of weeks.

Bateman had trouble finding success with Lamar tossing interceptions left and right last weekend. I doubt history repeats itself here when the Ravens face the Pittsburgh Steelers. Their defense couldn’t stop anything last weekend as Tee Higgins ran all over them. Expect Lamar to target Bateman often with names like Brown and Andrews being covered to the brim by Pittsburgh defenders.

Metcalf started out hot, but man has he sizzled down to little to nothing over the last couple of weeks. The bad news is that Russell Wilson came back in those weeks. His targets have decreased, he isn’t making the big plays he is used to, and his fantasy points are suffering because of it. It is hard to sit him, but with how things are going, it just doesn’t seem like a smart play.

Higgins exploded last weekend against Pittsburgh with a touchdown and over 100 yards receiving. It was a great game for him, but honestly, things aren’t looking up for a repeat when the Bengals face the Chargers. Expect heavy coverage from a great pass defense. It will not be a walk in the park last weekend.

Jeudy had a rough going last weekend against the Chargers. I want him to find success, but it will be a challenge with a Chiefs defense that seems to have smartened up over the last couple of weeks. Plus, they just had their bye week so they are refreshed. I think the running game might be the smart way to go here which means Jeudy might take a back seat yet again which is sad at how talented he is.

Over the second half of the season, Sanders’ points have decreased dramatically. Other names are getting more points, and Sanders seems to be just the guy that makes one or two big plays and that is it. Keep in mind that the Bills are also facing the Patriots which are the number one ranked defense in fantasy football right now. Keep him sidelined.

Bourne has done great at producing with Mac Jones throwing him the ball. However, this game script might be a little bit different facing the Bills. If the Patriots are the best defense in fantasy, then the Bills are number two. This is gonna be a defensive standoff, to say the least. I am honestly not sure which New England wideout will thrive, but I have confidence it will not be Bourne.