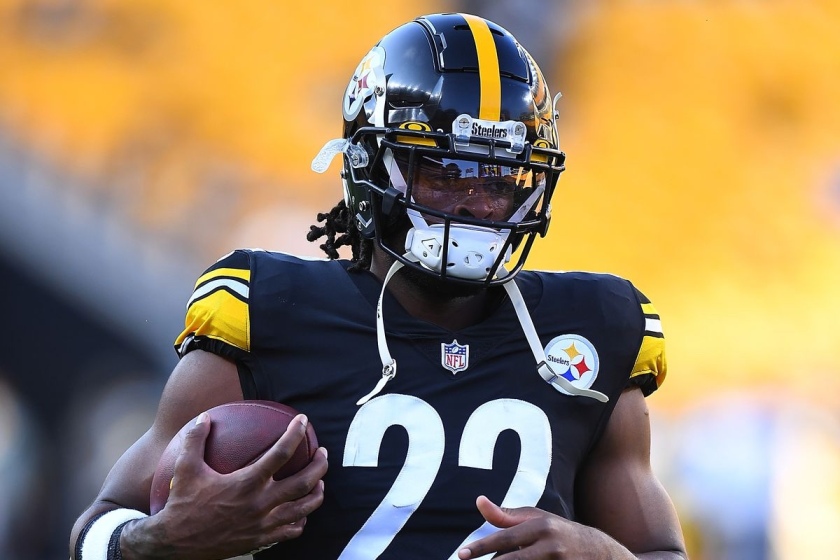 Yikes man. My running back predictions for the starts and sits last week did not go as planned. My sit of the week out performed a majority of the starts, James Robinson shit the bed, and Raheem Mostert is done for the season because of injury…again. Overall, it wasn’t a great week so let me see if I can redeem myself for week two.

A risky one to start off I know, but Najee did the best he could last week with game script going another way and the offensive line still finding themselves. However, he has a chance here as the Raiders gave up a rushing touchdown to Ty’Son Williams and a great deal of yards on the ground. I imagine the Raiders will make mistakes and cause Najee to get into the endzone and get his first touchdown of the season.

Taylor did decent against the Seahawks last weekend scoring almost 18 fantasy points. I was concerned how the backfield was gonna look as Hines also had time on the ground. However, Taylor came away with better points. Now they have the Rams who are a good defense, but they gave up over 100 yards to David Montgomery last weekend. Look for Taylor to do well this week as he should be running well and catching some passes out of the backfield.

I know I put both on here, but I see some good things happening with these two with very little receiving game for the Lions. It also helps that Tyrell Williams is questionable and may not play. Overall, both backs scored over 20 points in their matchup with the 49ers. Swift scored a touchdown and could see the endzone again, but this is also a revenge matchup for Jamaal Williams. Look for both of these guys to do some damage this week against the Packers.

Hunt scored a decent 17 points in PPR format which is gonna help him so much this week when he and the Browns face the Houston Texans this week. I predict both Chubb and Hunt will see the endzone in this one despite the Texans slowing down Carlos Hyde and James Robinson last weekend. These two are much better running backs and the system revolves around them both. Get them both in your lineups this week with Hunt being featured in the passing game quite often with OBJ being ruled out again.

Yes, I know. Harris coughed the ball up and lost the game for the Pats last weekend. However, he faces a very friendly rush defense this week against the New York Jets. They gave up over 90 yards on the ground and through the air to Christian McCaffrey. I know Harris is not up to Christian’s standard, but he should do just fine this week. Look for him to rebound for the loss last week.

Jacobs did score two touchdowns last Monday night against the Ravens, but I am not fond of his matchup this week against the Pittsburgh Steelers. He is nursing a toe injury, and he was held in check for a majority of this game. Plus the Steelers were very impressive in slowing down the run game for both Singletary and Allen. This defense is gonna push hard which is why I am fading him this week.

I don’t know what Urban Meyer is doing to the value of James Robinson, but he was out snapped by Carlos Hyde. Absolutely ridiculous if you ask me. Last week he was supposed to put up monster numbers, but instead was carelessly misused. Even if he gets more touches this week, the matchup is not pretty as they face the Denver Broncos. They pretty much held Saquon Barkley in check all game. The game script doesn’t help him and neither does the coaching staff apparently.

Davis was supposed to be the answer to the Falcons poor rushing attack, and while he did decent I don’t believe he can be called a three-down back after last week against the Eagles. Cordarrelle Patterson was a bright spot in the rushing game, and he honestly might be someone the Falcons look to down the road. Even if Davis outperforms Patterson, the matchup this week is not a nice one. They’ll go up against the Tampa Bay Buccaneers who held Ezekiel Elliot to just five points.

You figure with Zack Moss being a healthy scratch last week that Singletary would have been able to do more. However, Josh Allen went with pass often, and Devin didn’t get too much done on the ground. I don’t like the matchup with the Dolphins this week as I believe Josh Allen will pass often and run with his legs leaving Singletary out in the cold. Plus, after last week Zack Moss could be back in the fold as well.

Lindsay did get into the endzone last weekend against the Jaguars, but Mark Ingram and David Johnson also got touchdowns. Ingram led the backfield with over 20 carries and it remains to be seen how this running back room is going to work with all three of them there (plus Rex Burkhead). I don’t trust the matchup anyway as they face the Browns who have a very good rushing defense. It’s honestly just too risky to start any of them, but I am more concerned with Lindsay than any of the others.