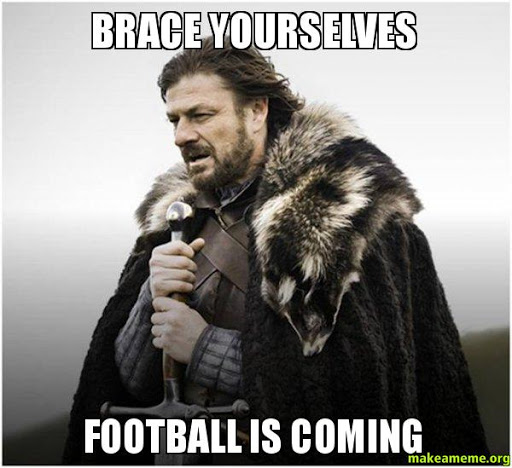 As every Fantasy Football year begins, I look back at the guys I drafted to my team and think to myself, “This…This is my year”. This year was no different. After a friendly draft via Zoom, I looked at my team and believed I had a solid roster who can carry me into the championship easily.

You might notice five out of my sixteen draft picks have the last name Jones, coincidence? I think not. Was this my game plan all along? Not at all. However, after picking Aaron Jones and Julio Jones in the first two rounds, I had this wonderful vision to collect all of the Jones as if they were wild Pokemon roaming the streets. Is it a bold strategy?

Absolutely, but sometimes you have to roll the dice and believe in yourself. By the way my team name is “Game of Jones”, so it’s bound to be successful just like the show we all loved.

In the first week, Game of Jones faces off against everyone’s favorite degenerate, Denny. Love the kid to death, and appreciate his team name (Deke Top Josh Bottom), but this week he is in for a rude awakening. Honestly, (going to keep it PG here) Game of Jones plans to poop on his team. Although Denny won’t be happy, some of his players may enjoy it (cough cough Odell Beckham Jr).