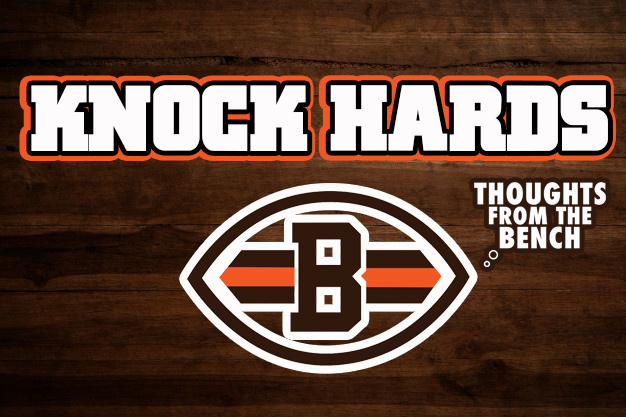 In Week 13 Knock Hards followed the Browns into the Steel City where they took on the Pittsburgh Steelers. After destroying the Steelers in the first matchup of the season, the Steelers looked for revenge against the Browns. However, they were very unsuccessful. The Browns were victorious with a final score of 31-10, improving their winning streak to 5 games and their record to 7-5.

The Browns offense was nothing spectacular this game, but that is mainly because they were barely on the field. The Steelers offense possessed the ball most of the game, even though the scoreboard says differently.

Big Ben struck four times, however not the way Steelers fans wanted him too. In fact, Roethlisberger ended up throwing four interceptions to the Browns defense. It was a typical Browns defensive style game, as they let their opponent control the game, while capitalizing on their mistakes.

Three out of the four interceptions were returned for touchdowns for the Browns (Reason#1 why their offense barely saw the field today). Greedy William started the game off with the Browns first interception early in the first quarter.

The Browns defense has been on fire lately, and Karl Joseph proved it as he added another pick six onto the scoreboard in the third quarter.

The Browns won the series this year against the Steelers going 2-0, outscoring them 58-16. Cleveland looks to continue their success in Week 14 when they battle another AFC North rival, the Cincinnati Bengals.