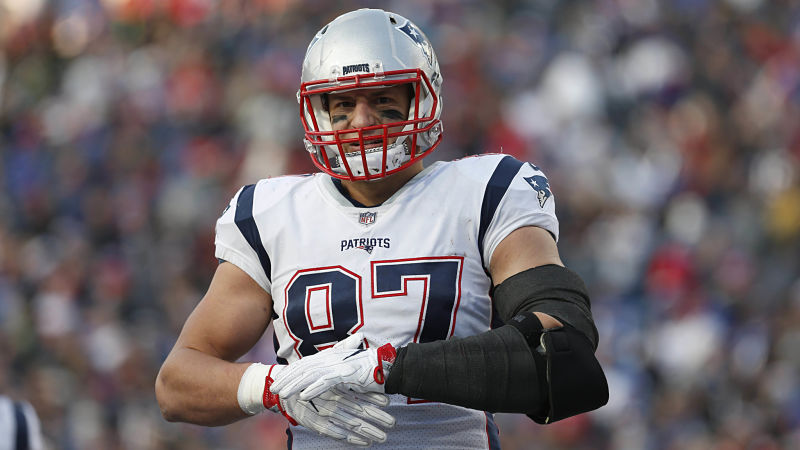 The sports world was turned upside down today as tight end Rob Gronkowski has come out of retirement. Who’s he playing for? The Patriots? Not a chance in hell folks.

He’s officially the newest member of the Tampa Bay Buccaneers! Not the craziest story in my mind since he loved playing with Tom Brady so much and now that he is the quarterback for the Bucs, it all make sense.

The details of the trade are listed below per Ian Rapoport;

This instantly boosts Tampa and gets them in even better position to make a big run this upcoming season.

Gronk was able to pass a physical to make the deal possible and now we have to wonder how elite this Bucs offense is going to be with three tight ends in Gronk, O.J. Howard, and Cameron Brate. You also have Mike Evans and Chris Godwin too, so things seem to be shaping up pretty well for Tampa Bay.

Gronk had one year remaining on his contract for New England and it also carries a base salary of $9 million. Gronk got the team he wanted because of one reason; Tom Brady. He even had an opportunity to be traded before the 2018 Draft when a trade was in session between New England and Detroit. Matt Stafford is good and all, but Gronk didn’t want it and threatened retirement to stop it. This signifies that only wanted Tom Brady as his quarterback.

Overall, I don’t know this could hurt Tampa Bay in their offense and New England gets another draft pick out of it to give them a total of 13 to rebuild the team. The 24/7 Champion and Super Bowl Champion is going to Tampa Bay now, and we all will see how dominant this Buccaneers team will be come the new season.