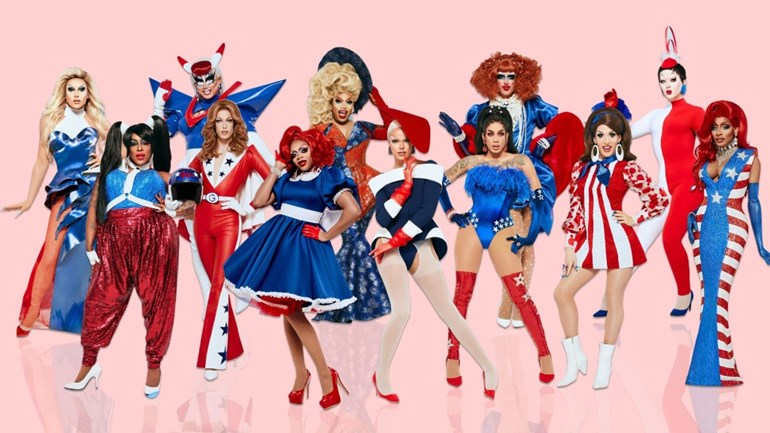 If you aren’t watching RuPaul’s Drag Race then you need to re-evaluate your life. This Friday we are down to 10 Queens. This is significant because now moving forward more than half the field will be either up for elimination or first place every week.

So here are my top 5 predictions for the rest of Season 12.

Look Brita came out as a heavy favorite after the first few weeks. But slowly we have watched Brita become obsessed with getting Aiden Zhane eliminated. So much so that she has ended up in the bottom three the past two weeks. Plus the way they are editing her character now has doom written all over it.

#4 Crystal Methyd is the Last Eliminated

#3 Widow Von’Du’s terrible outfits catch up with her.

Look Widow is a star when the camera is on, but rarely does she look the part. Her style is unique but it often falls flat with the judges. I’m sure she will dominate the Snatch Game this week, but the next true fashion challenge Widow will be in trouble. Remember Widow admitted she does not know how to sew.

The final three will be Sherry Pie, Jan, and Jaida Essence Hall. Sherry has won just about everything to this point and is a kick-ass Queen in spite of her wrongdoings. Jan is always safe rarely a winner, but to quote Trixie Mattel it’s hard to be safe. If Jada was going to stumble it would have happened last week. She was exposed as being not a great actor, but she persevered. Other then poor acting Jada is great at everything.

Whether they show it or not it seems like Sherry would have won this season. Now what Sherry did makes it impossible to award her the crown. So how they plan to fix this will really be a fascinating piece of television that will be studied for a long time to come.