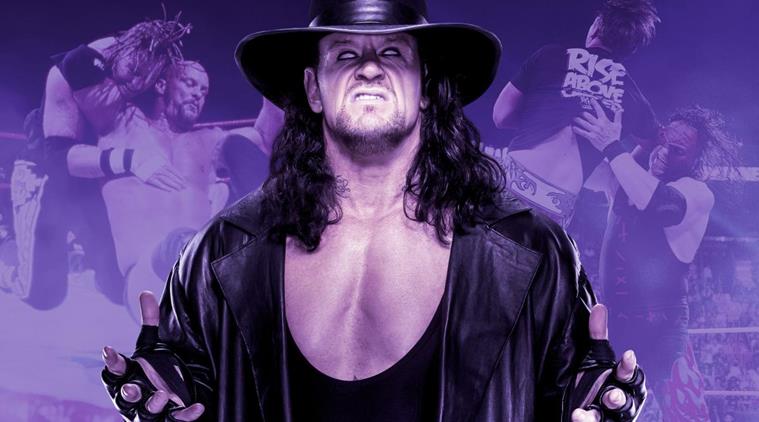 It is no secret that the Undertaker is probably at the end of his road when it comes to wrestling for the WWE. Now don’t get me wrong, the fact that this guy can still go is nothing short of amazing. However, I believe this Wrestlemania might be his last.

Now that leaves a huge question to be answered. Who will be the Undertaker’s opponent for quite possibly his final Wrestlemania? There have been many names that have been awarded the opportunity of facing the Deadman on the grandest stage of them all. Some have wowed us and some had made us go why?

So now I am going to go through the top ten guys that I believe could wrestle the Undertaker at this year’s Wrestlemania. Let’s get to it.

As much as I wanted to include Sheamus on the list I just didn’t have enough room with there being only ten selections. So I decided to throw him in here as an honorable mention. With his recent return it might be a little quick to throw him in something like this, but I can only imagine the carnage between these two demons of destruction especially if it was like a No Holds Barred contest or something in that nature. Definitely a good matchup, but not enough to crack the top ten.

Nakamura would be an interesting opponent for the Undertaker to face off with at Wrestlemania. The King of Strong Style with his recent heel turn could light some fires with a clash with the Deadman. Plus, having Sami Zayn as his manager would make for some interesting dialogue between the two competitors.

Joe’s veteran abilities would be a huge reason in my mind why he and the Undertaker could clash at Wrestlemania. The story line between himself and Seth Rollins with others involved just isn’t working for me. The better option would be to put Joe in a high stakes match with the Deadman. Joe’s working style could benefit Undertaker while at the same time putting on an incredible show for the crowd.

Probably not the safest option to consider with his brute strength, but we saw this a little bit when the Wyatt Family was feuding with the Brothers of Destruction. A one-on-one match with the Undertaker though in my mind would be great for the current Intercontinental Champion in order to establish himself as a dominant force for the brand. That way everyone will get these hands.

I get that this happened already, but it was legitimately for like three minutes and was essentially a squash match in which the Undertaker crushed Cena. I would like to see a rematch between the two giants of WWE with retirement stipulations put in. That way both men can go their separate ways from the company after putting on a fantastic showcase for the WWE universe.

Now this is just a personal thing that I need like right now. The Velveteen Dream based on his acting could carry this whole match with crowd’s reactions similar to what he did with Aleister Black. A classic battle of light vs darkness with a veteran in the Undertaker facing a snappy newcomer with huge personality would be a sight for myself and many others to see. I’d pay to see that man.

Now this would be incredible to see in my mind. A quite and aggressive individual looking for a fight that looks to the dark side versus the actual guy that guards the gates of hell himself in the Undertaker. This I can see as almost a passing down of the torch match between these two titans of the shadows. You’d have to protect a little bit more with the finish, but overall this would be amazing to see.

The title says it all man. “The Phenomenal One” versus the “Phenom” with A.J. Styles taking on the Undertaker. There were rumors that with Styles’s recent Royal Rumble accident getting injured that he could possibly be the one to go against the Deadman. Sure it would be out of the blue, but I think having a veteran like Styles out there managing the match to both men’s discretions would be probably the best solution for the WWE.

Finn would have been higher on this list, but with the recent heel turn and a change in character makes him sadly stay at the number three spot. However, suppose the Demon comes back and attacks the Deadman, but with a Prince heel kind of feel to it. You could do a lot with a storyline like this including if the Prince of the Demons defeats the King. This would be a wonderful match to see filled with twists and turns.

The Monday Night Messiah would no doubt be in the match of his career taking on the Undertaker. Rollins has been the workhorse for the company essentially taking RAW by the wheel and driving it into the success it is from 2019. You can argue he started doing that from the Shield or when he first turned heel. Regardless, h has taken on legends before like Sting, Kane, Triple H, and John Cena. he would be able to hang with the Deadman no problem and make it incredibly entertaining.

Did anyone else doubt that this wouldn’t be number one? I mean come on imagine the scenario here. “The Fiend” vs “The Phenom” in a deadly match made for the ages. The Undertaker would be able to give it his all landing every hard move in his arsenal only for “The Fiend” to get back up and ultimately plant the Undertaker in the ground and retire him by making him look the strongest he has ever been. The great thing is that Wyatt wouldn’t have to do much other than to just finish the match. Imagine him taking a tombstone and getting back up like it was nothing. Overall, this would be the best match option I could think of for the Undertaker.