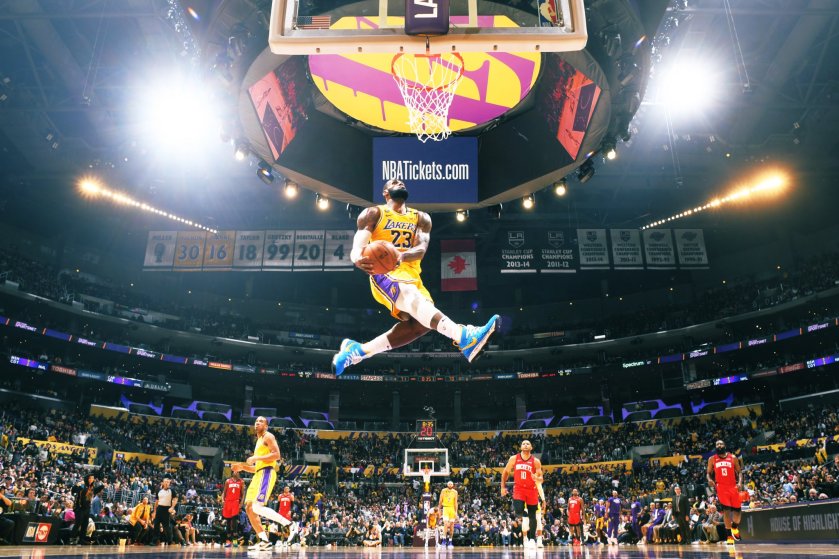 Lebron James has been in the league for 17 years and he’s always been known for his high-flying antics around the rim over the course of his career as he’s solidified himself as one of the best players of all-time.

But, normally, as players reach the later parts of their careers those high-flying plays start to diminish and players start to get less flashy by sticking to the fundamentals of the game that allowed them to have so much success.

It’s no secret that LeBron has improved his jumpshot over the course of his career and adding Anthony Davis to the Lakers roster will allow him to extend his career even more.

Last night though, LeBron made a play that left no doubt that he’s still got it.

I mean, to me at least, this type of stuff is just mind blowing. We’ve always known that LeBron is a freak of nature but the fact that he’s still doing this in YEAR 17 is wild. It’s Mindblowing. It’s absolutely unfair.

This stuff doesn’t come easy though either. It’s known that LeBron puts a lot of money into keep his body in shape and he’s never really spent a significant amount of time out with injuries.

When he went down last year, it was really the first time. That plus the Lakers missing the playoffs gave LeBron the rest he needed, allowing him to keep doing stuff like this.

This dude is CRAZY.