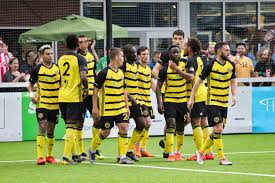 There is only one word to describe the Riverhounds offseason. That word is disappointing.

After coming off of what was arguably one of the best seasons the team has ever had, the Hounds have lost two of their most important assets. USL Defender of the Year, Joe Greenspan, has been signed by San Diego Loyal SC. On the other side of the pitch, leading goal scorer Neco Brett was signed by Birmingham Legion FC.

Coach Bob Lilley knows that the road back to the top of the league table is going to be much harder without two of his biggest assets on the field, but I believe that Lilley has some big plans for the 2020 season. So far, the Riverhounds have only made one signing this offseason, former Temple standout Lukas Fernandes, and are looking to only have 15 or 16 signed players entering into training camp.

The Riverhounds best decision was signing a coach with as much experience and success as Bob Lilley, who has established a good core group of players, and is continuously building the team around them. So far, the 2020 Roster breakdown of signed players is as follows:

It will be interesting to see what happens in the next few months before the start of the USL Championship season, but it seems to be that the majority of the Riverhounds worries will be with signing quality defenders that will be able to help build the attack out of the back and provide solid defensive coverage.

Oh.. and how could I forget, there is still no goalie rostered for the Hounds yet. That could be another big issue.

Stay tuned for my preview of the schedule for the Riverhounds when it is announced!