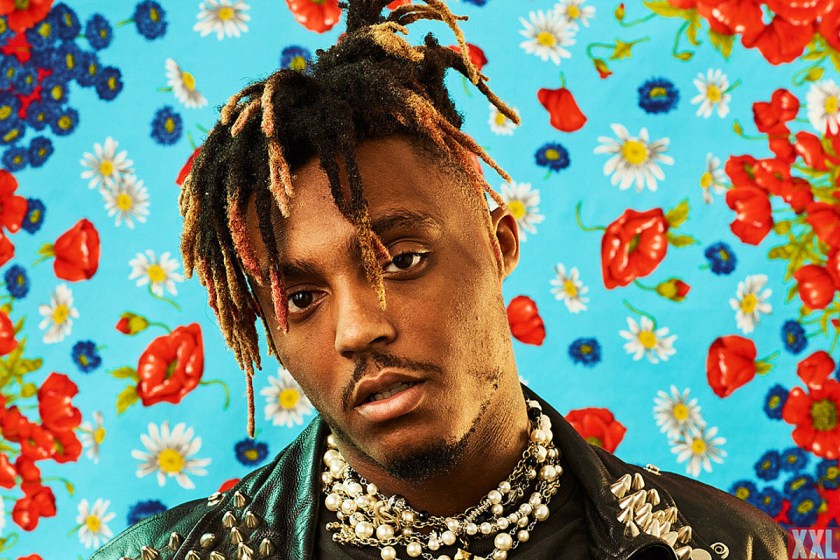 As many of you had heard the music world took a big hit with the death of Jarad Anthony Higgins better known as the rapper Juice Wrld. With this happening his name was added to the unfortunate list of musically gifted individuals that have passed in recent years including XXXTentacion, Lil Peep and Pittsburgh’s own; Mac Miller. The respect that I had for this man given his music ability was untold of. He really brought out the emotions needed in rap that I just was attached to as soon as I heard his music. Today I’ll be going through the music and my interpretations of the songs of this great artist that we simply lost way too soon at the young age of 21.

The Start of Something Beautiful:

From the moment this song played all emotion rang high on a level that most songs never ever reached me before. The thought of heartache and struggle is shown incredibly in a soul shattering single that shook the summer of 2018 to its very core. The song Lucid Dreams took Jarad to a new popularity. The thought that most people go through hard breakups gave people a huge hook to listen to something they could relate to no matter who they were or where they came from. To have him put his heart and soul on this track meant everything to individuals struggling with broken relationships and it paved a new road for the success of Juice Wrld.

All Girls Are The Same, Robbery And Hear Me Calling

The three songs listed above pertain to the constant struggling emotions and depression that Juice expressed in his music. All three of these tracks show how hurt someone can be shown in and after a relationship. Again, people have shown emotions in tracks before, but honestly probably none of them have effected me as an individual the way Juice’s did. Whether it was dealing with how girls treat guys in relationships in All Girls Are The Same to the way how loves is sometimes stolen from you in Robbery to finally dealing with someone leaving you in Hear Me Calling, you could feel the emotion put forth in these tracks. It leaves your heart in a sad way, but honestly in a more understanding way.

The Dangers of Drug Usage:

Black and White & Lean Wit Me

It is no secret that drugs and the consumption of them along with alcohol that have been involved Juice’s songs. More of it in my mind if you dig deeper though is combing through the “good” things that happen when you take them to accepting the troubling truth that drugs when used or overused are harmful and can have huge long time effects on them. This is mostly concerned when turning to Jarad’s song Lean Wit Me. Never before did I watch a music video that showed the very dark side of drug usage. It showed how people cope with a lustful approach to drugs and how it affects the people around them. Where Black and White builds on how drug usage is often stereotyped through race and how people use them. Regardless of it is a banger at a party or a melodic and dark tone, there was a clear message that was sent through these songs.

Life Goes By Too Quickly:

This one might not be everyone’s personal favorite, but it grew on me based on my interpretation of it. From my point of view it seems that with fame and drug usage that life was just going by too fast for Juice Wrld and how the world started going at the same speed around him. Being 19 and famous is no easy task in the world and sometimes the fame can make things even harder when you are just trying to live a normal life. For everyone life happens so quickly and in my mind sometimes we lose sight of the important things in it. Always check in with friends and spend time with your family and your significant others because life is just that people; fast.

I decided to save this one for last because of its impact. It’s true. People are leaving this Earth way too fast. In this particular track Legends, Juice touches on the loss of XXXTentacion and Lil Peep. These two individuals brought a different side of attraction to the genres of rap and hip hop that people just hadn’t heard of. Sadly, just as something gets noticed and appreciated it is lost when the two individuals died. Now when I say lost that means nothing gets expanded on. Don’t get it twisted people still very much appreciate the styles of X and Peep even though they are gone. Juice definitely looked up to them both and even though his sound was unique it did fall into the same category of the two before him. It made me think of how Mac Miller died at such a young age and how the city of Pittsburgh was absolutely devastated. Even if it isn’t someone famous, we as a society have more than likely lost a person in their lives that they deemed was too quick. It is a hard concept to muster and write about, but it speaks volume to finding ways to prevent these situations and to learn from them.

Like I said this is all up to interpretation of the listener of these tracks. Juice Wrld was one of the hottest upcoming rappers today and one that I put a lot of time into listening and understanding his content. It is now important to learn and grow from Juice’s death and realize how something so great was lost so soon. RIP Juice Wrld.