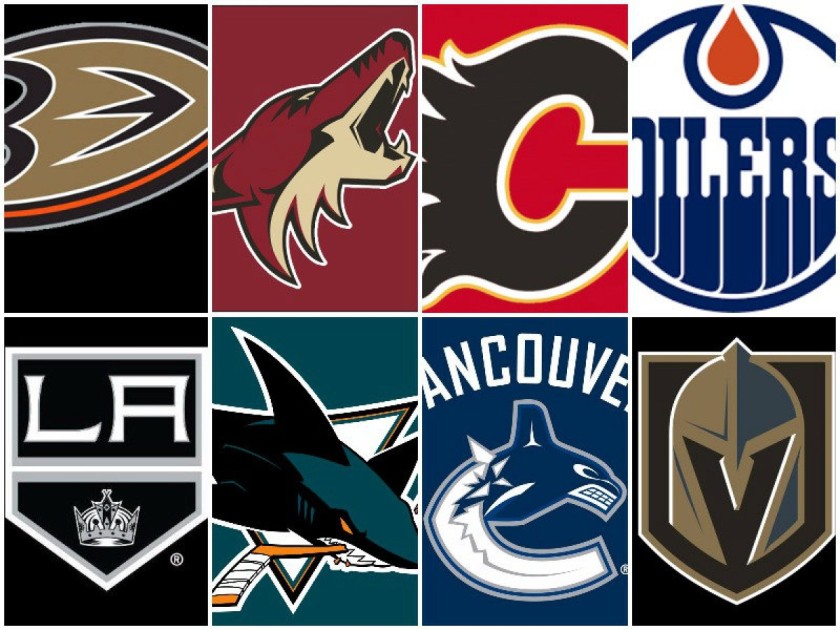 Here we are barreling toward the start of the NHL Regular season. So it is time to start previewing what is to come in the upcoming 2019-20 season. I will break down every division, than the league as a whole. With a final look at the playoffs and crown my 2019-20 Stanley Cup Champion.

But first let’s start as far west as we can travel. The Pacific Division.

Last year the division was won handedly by the Calgary Flames. In fact they basically had the divisions number one spot locked up at Christmas. This was the big coming out party for the Flames and had it not been for a never say die Colorado Avalanche they could have pressed on to the conference finals. However it became obvious that they Flames only go as far as Johnny Gaudreau goes. They didn’t do anything to help that in the offseason. To me they got a noticeable upgrade in net with Cam Talbot. Whose along with Conor McDavid dragged the Oilers into the playoffs two years ago. If Talbot can find that form he maybe to help Calgary retain that number one seed in the Pacific.

The Sharks finished second in the Pacific last seaosn. And for most of the playoffs seemed pre-ordained to win the cup. Crazy bounces, heroic returns, and a couple of odd officiating calls the Sharks had it all in front of them. They simply ran out of gas. Injuries played a big part in their downfall. However with the ever aging roster it’s silly to not think injuries wont play a huge role in the team’s success again this year. The big offseason moves for them involved singing Erik Karlsson. That’s a nice piece to have locked up as they attempt to chase the cup. However the loss of Pavelski will prove to be a problem as the have not effectively replaced him. In fact the cap strapped team really seems to have less guns than normal. Jumbo Joe returning for another season is nice, but he isn’t a top six center. Which the Sharks will find themselves needing moving forward.

The Knights finished third in the division. Early injuries and suspensions saw the Knights struggle out of the gate. Eventually with a retiring Marc Andre Fleury and Nate Schmidt the team found their stride and really should have been the representative from the west in the cup final. They were simply the best team on paper and in practice. A terrible call against the Sharks effectively ended their stanley cup run. The knights roster remains largely intact, and arguably have the best top six forwards on paper. If Fleury stays healthy it’s hard to imagine the Knights not taking the top seed in the paficifc.

The Yotes made a late charge for the playoffs last season. The only thing really holding them back was goal scoring. Que Phil the Thrill. Adding Kessel immediately gives them a game breaker. Plus the added bonus of Phil playing in the smallest market of his career takes a lot of pressure off. Now the next major concern is goaltending. The Yotes did it by comity with Darcy Kuemper eventually winning the starting job. Is Darcy the next Jordan Binnington probably not, but if he can even be average the Yotes have playoff hopes this season.

Last season the Canucks were one foot in a re-build and one foot in a go for it mentality. This year will probably be the same. After acquiring TJ Miller the Canucks seemed to be in a win now mentality. Then Luongo retired whcih striped them three million of cap space, and they still haven’t signed Brock Boeser. I think its another year in limbo for the Canucks. Honestly I am not sure when that limbo will end. But at least the flying skate jersey is back!

This will be the biggest “glow up” in the NHL this season. The Ducks said farewell to franchise player Corey Perry. Freeing up cap space to sign a lot of little pieces. The Ducks top brass are still good and are able to win now. Adding some depth will only help this team. If they can figure out their coaching situation the Ducks have a chance to compete for a playoff spot.

The first big steps the Oilers made was naming Ken Holland General Manager and naming Dave Tippett Head Coach. So imdinalty they took a big step forward. Then they made some interesting decisions. The got Mike Smith to be their goalie. I personally hate this move, but maybe they strike oil. Especially since Tippett is very familiar with Smith and Smith arguably had his best seasons playing ina Tippett system. They also trade Milain Lucic for James Neal. This move I like. James Neal scored forty goals on Evgeni Malkins wing. Can he regain that form along side the best player in the league? Maybe, but if nothing more its an attempt to add scoring and I like that. Their backend is slowly getting better, but is still made of spare parts. Darnel Nurse is not a Power Play QB and I don’t see anyone else on that roster who can fill that very important role. The Paficic will be tough this year, and I don’t think the Oilers have the good to make the playoffs.

.The Kings sucked. Like they sucked bad. They were old, slow, and just terrible. All of their best players are over thirty. They have a few bright young pieces who have entered their prime. But all and all this team does not have the overall team speed to compete in the NHL. They can attempt to “get heavy” like the St. Louis Blues did, but their star players are unlikely to play that style. I wouldn’t mind seeing them to continue to sell pieces and go full rebuild. Chances are they finnish dead last in the NHL again.

If you made me give you a standings prediction of the Pacific for this season it would look something like this.

I think that Knights, Sharks, and Flames make the playoffs. With the rest of the division left to lick their wounds. The Central is the proverbial murders row again this season. I think both wild card slots fall to the Central.