The other day, the annual NBA Awards were hosted in California.  There were some great laughs between Shaq and Chuck, some celebrity cameos, and a lot of emotional speeches.  Overall it was a great night, especially because every single award given was absolutely on point. 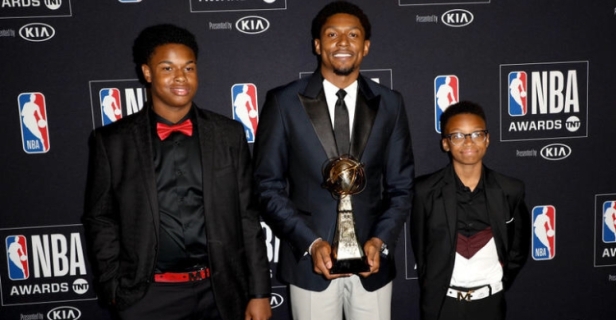 First, Bradley Beal of the Washington Wizards took home the Community Assist Award, the NBA’s equivalent to the “Walter Payton MOTY” award.  Bradley Beal has openly been a hero in the community of DC and in Florida where he attended college.  He had spent a majority of his offseason volunteering and generating a lot of revenue for local youth outreach programs.  Now we just await to see if he stays in DC or not…

Next, Mike Conley formerly of the Memphis Grizzlies was awarded with the NBA Sportsmanship Award and the Teammate of the Year Award.  Conley has always demonstrated sportsmanship, professionalism and plenty of other traits that speak to him being a role model.  A perfect example of this is that in his 11 year career, he’s NEVER been given a technical foul.  Conley is an awesome ambassador for the game and is someone future athletes should strive to be like.  And this season, he’ll be bringing that leadership to Utah.

Can someone say back to back?  Rudy Gobert of the Utah Jazz won his second consecutive Defensive Player of the Year award.  A perfect fit considering he is just a big dominant defender of the post.  By far one of the hardest players to score on considering he is so big but also agile to stay with an opposing player driving in.  His consistency is what’s most impressive and showed he honestly was even better this year than last year.

I’m not the type to say I told you so but… MY BOY DID IT LETS GOOOOOOOO!  Luka Doncic of the Dallas Mavericks won his well deserved Rookie of the Year Award.  It was a close race with Atlanta’s Trae Young, but ultimately what Luka did this year was just too impressive to pass up.  Just a few things like a 30 point triple double, handful of buzzer beaters, 292 points in his first 15 games and plenty of other impressive feats.  Luka has proven that he has such great potential and will be a force to be reckoned with in the future.  Congratulations my son!

Not one, not two, but THREE time 6th Man of the Year Award winner Lou Williams of the LA Clippers did it once again.  He might be the most successful bench player of all time.  He’s a hard worker and a straight up baller.  He can drive, pass, defend and definitely shoot.  He also holds the all time bench player scoring record. Lou Will has made his living being a supporting cast member and is known around the world for it.  6th man like Loooouuuu Will boy! 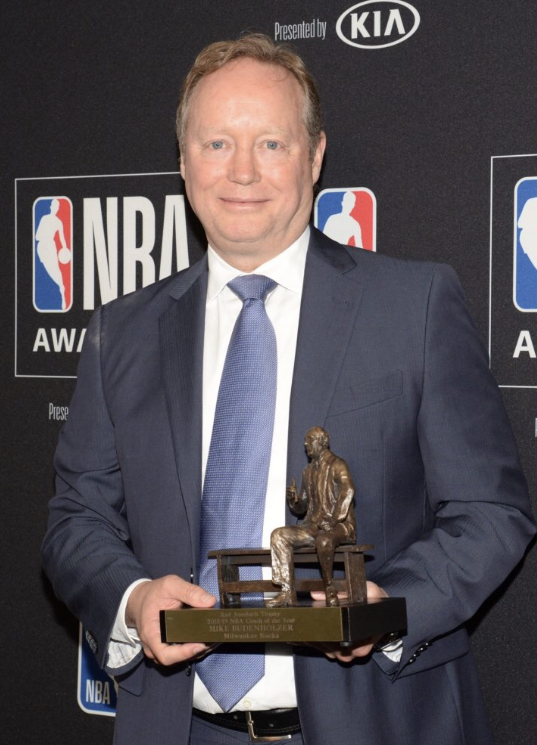 The 2019 Coach of the Year Award went to Mike Budenholzer.  The only competition I saw for this was potentially Mike Malone for what he did with Denver this year.  But ol Mike lead his Milwaukee Bucks to the best record in the NBA and created a great foundation for the team.  Sadly they fell in the ECF but there is a lot to look forward to with this team.  A lot of people doubted him as a coach in Atlanta, but truly found his form while earning this well deserved award.

And finally, the most fitting award of the night was the 2019 league MVP.  Giannis Antetokounmpo of the Milwaukee Bucks won MVP.  If you need proof, just watch any highlights or look up any stats from this season because they speak for themselves.  James Harden with his 40% scoring from the line doesn’t make him the most valuable player.  Giannis is a well rounded athlete who truly just had the best season out of anyone in the league and there is no doubt in my mind that he is the only option to even be considered this year.  From growing up in poverty in Greece, to a league MVP.  Now that’s just a story you have to root for.

Overall, the league got it right.  Adam Silver is the best commissioner in sports and his league backed him up by awarding the appropriate people this year.  I give this years’ NBA Awards an A+.