The Penguins unveiled their new Stadium Series Jersey today. The reactions were indifferent. I think the first thing to keep in mind is that for the most part Adidas designed these jerseys to work for every team and simply added Pittsburgh colors. So if you are going to use this as a platform to say bring back the Robo Penguin jersey your barking up the wrong tree.

Since the post Rebook Era in the NHL and Adidas has tried to update hockey jerseys while still holding to tradition. This is easier said than done. Hockey fans are a fickle gourp, we want new but not too new. These stadium series remind me a lot of the Nike’s Color Rush series for the NFL. Mostly black with large gold bars. It’s not a bad look, but I understand it’s not a look that you as Penguins fans want to see. 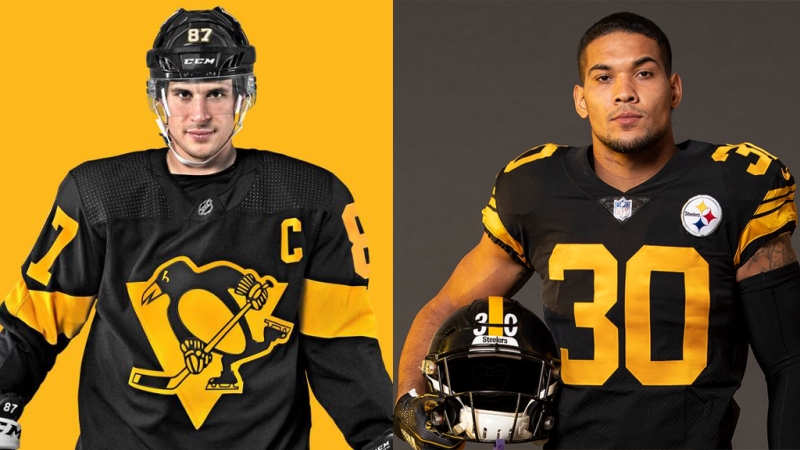 The Penguins jersey designs since 2008 have left a lot to be desired. The orgignal Rebook jerseys were god awful.

The original Winter Classic jerseys were cool, but then became over played.

The 2011 addition quickly were attached to two things. One Sidney Crosby’s concussion problems that eclipsed the better part of two season, and losing. They lost that WInter Classic, and it seemed that anytime they wore the navy blues it was a guaranteed lose. 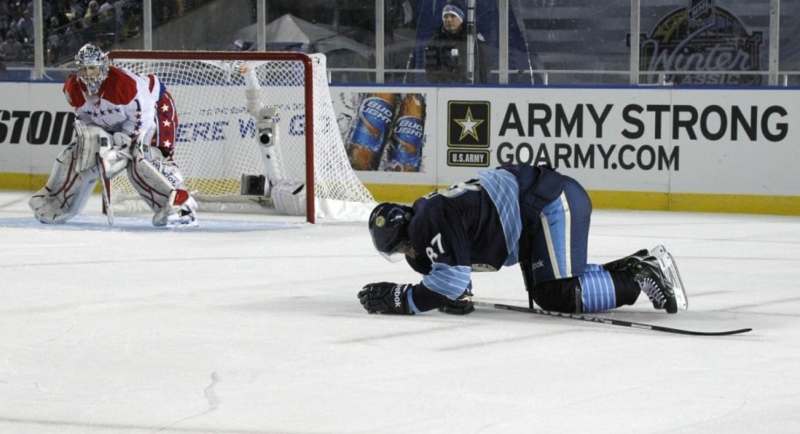 In 2017 they switched back to the classic jerseys most of our parents grew up with and honestly I hope they never go away.

With that being said this year’s third jersey leave a lot to be desired, and I think a large population of their fan base was hoping for a big splash in the stadium series jerseys.

Alas we were given a blue print jersey that would be able to be applied to every team in the NHL similar to the All Star Jerseys. Which I don’t think are bad. In fact if the Penguins had a better third jersey I think the general population would actually like these stadium series jerseys.

At the end of the day the Penguins need to recognize what they have created. Which is a fan base of aging millennials. During the tank years they enacted the Student Rush Program. This program gave anyone with a student ID the chance to buy a ticket for twenty dollars. It was a hit, the first year of student rush I went to 15 games. Still an all time personal record for games in a year. It also worked on a larger scale creating a fanbase that was the perfect age to remember what success looks like. While still having the ability to feed us the game for a discounted price escentially hooking us in for life.

The Penguins marketed themselves perfectly from the Ricco Fatta Days to the beginning of the Crosby Era. Sure they were bad but they were ours. This time frame created a fan base that would grow with the team, so by the time 2008/09 rolled around we were just hitting college and frothing at the mouth for a playoff run. They delivered.

Now that same age group is nearing their thirties. As an age group we have no children we live and work in the city, and have disposable incomes. Again another perfect time for a championship run. It’s astounding the number of friends I have that made the trips to San Jose and Nashville to see the Penguins win. When you think about it makes perfect sense, because they had the freedom and financial ability to so they did.

This is the Penguins current average and active fanbase. So just like they understood us as teenagers they now need to understand us as adults. We generally clammer for vintage 90’s and early 2000’s.

If you look at the Anaheim Ducks they have acknowledged this in their fan base and for their 25th anniversary brought back the retro style in full force. The Honda Center Team store is littered with new merchandise that feels old. From the snapbacks to the starter jackets the Ducks got it. 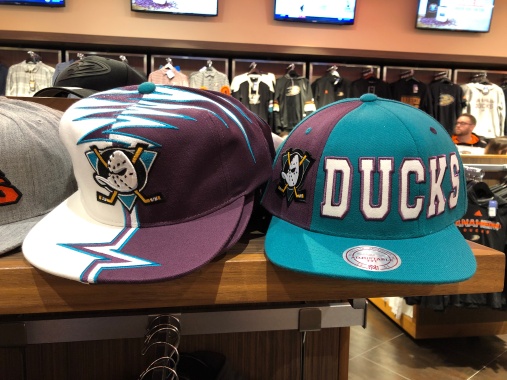 Their third jerseys this year are literal copies of the Jerseys The Mighty Duck wore in the Disney Movies. Then they went a step further bringing some of the cast from those movies to the Honda Center to tip off their 25th anniversary. This was f*cking brilliant!

This is the thing the Penguins need understand embrace. Bring back the logo and styles you wore when we were kids. Was the style ugly? Yes absolutely! But that’s what we love. We want the Pigeon Penguins logo on the back of a starter jacket. We want the diagonal Pittsburgh jerseys. We want the nostalgia of begin 10 and going to your first hockey game

So that, more then anything is why the fanbase is lack luster on all your new jersey’s. Not because we don’t want them but because they are simply off the mark. So maybe next year bring back the Pigeon, maybe next year do a series with Mitchell and Ness, and maybe next year we tie it all together by putting number 68 in the rafters where it belongs. 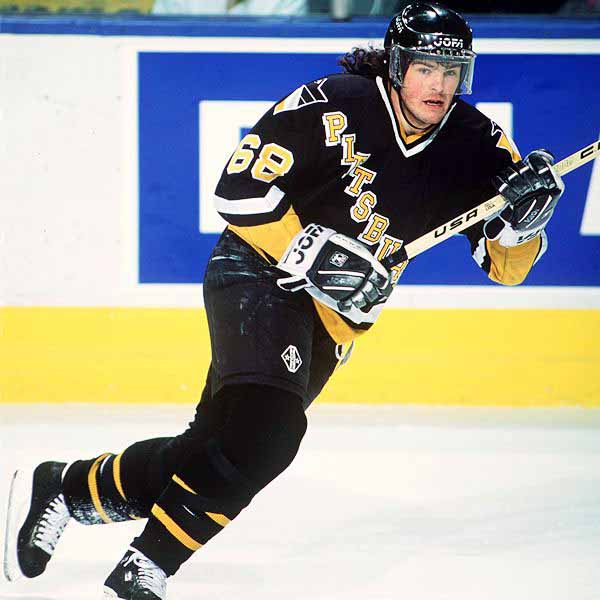 The choice is yours Mario and yours alone.