The WWE have promised us more of what “WE” want. What does that mean well according to the McMahons its new faces, fresh matchups, and better storytelling. So with that being the precis of what we can expect there are ten wrestlers on the indies right now that can help the WWE. This collection is void of Cody, The Young Bucks, Hangman Page, Marty Scurll, and Kenny Omega, because we have no clue where they are going or what they are doing. So to include them is a waste of five spots. 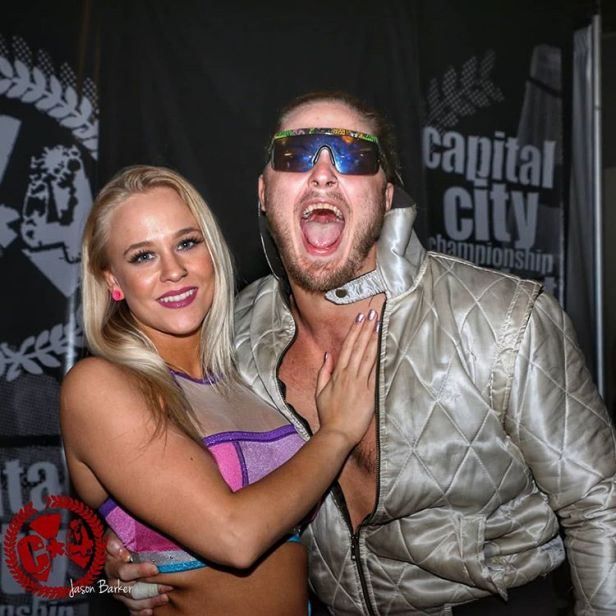 The Bad Boy and his Princess are in store for a big 2019. After playing a heavy role in All In, and Joey Janela’s Spring Break becoming a can’t miss event the duo have generated a lot of buzz. A new WWE would in theory bring up a lot of the NXL Roster mainstays opening up a new spot for the Bad Boy. Joey Janela himself has also evolved past the kid who did a pile driver off a building and turned into a guy who can have a great match. Now with Penelope at his side full time there is a real chance this real life power couple could find themselves receiving a call from Stamford real soon. 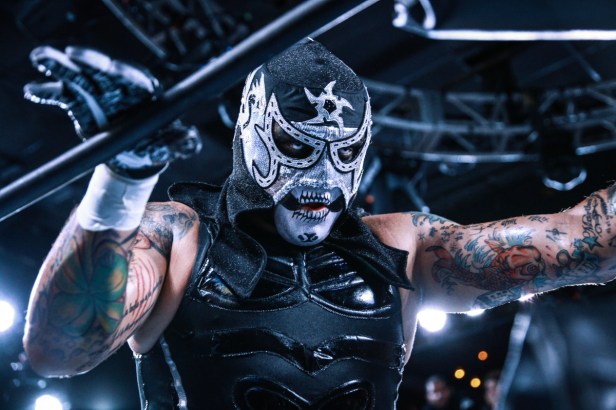 To reference the article from earlier in the week (10 Wrestlers Who Need the Reset Button) Pentagon Jr. is a guy who needs a special set of rules to be an effective character. His gimmick is great, his in ring work is undeniable, and he constantly has can’t miss matches. However the whole half dead zombie king of hard core thing does not fit in on PG Television. However with a loser rule structure and commitment to long form storytelling. We could easily have some memorable feud between El Zero and guys like Bray Wyatt, Matt Hardy, Randy Orton, and Dean Ambrose. 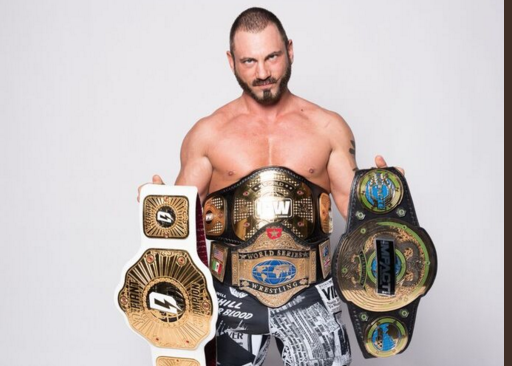 The belt collector has stated he left WWE on good terms and would love to return there in other capacity outside of wrestling. You gotta think having Austin Aries come in as on air talent would be a huge boost to WWE. I understand that the desk teams are fairly set but in my version of a reset WWE there are managers. And few do a better job on the mic then The Greatest Man That Ever Lived. 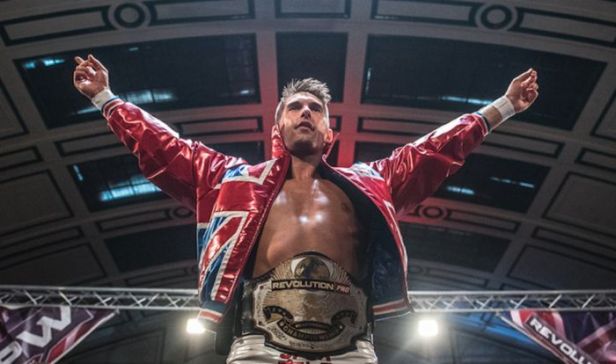 He was a competitor in the original Cruiserweight Classic. His in ring work is unique, and in 2018 he really became one of the biggest stars on the indies. ZSJ is a perfect fit for NXT, and realistically with the influx of British talent is a must have for a new look WWE. 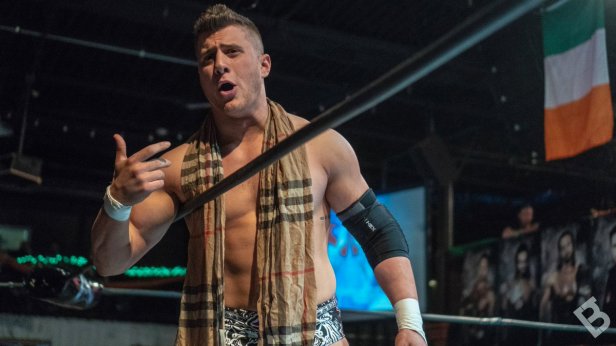 The All In call up has done everything he can to keep his momentum going after facing off with Matt Cross in the late summer of 2018. His name is just big enough to catch some eyes and his work is at the perfect point to suck him up into the machine. He is a guy who would be ready for NXT immediately, but can still be crafted and worked with to become a more complete character. Wrestlers like Sasha Banks, Becky Lynch, Bayley, and Charlotte all grew up in front of our eyes on NXT. MJF could be the next guy that feels like homegrown talent. 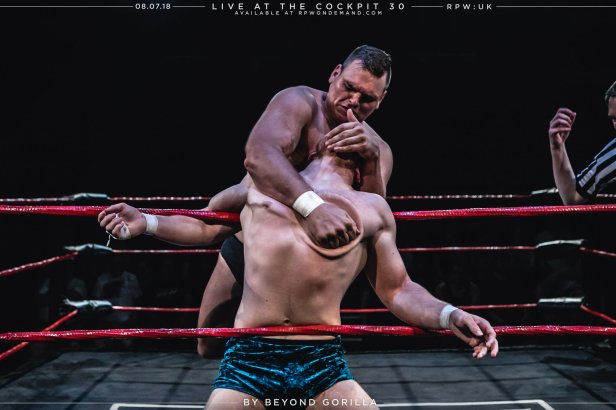 The hulking giant should be in the top 20 for Wrestler of the year in 2018. He pretty much wrestled anyone daring enough to step foot in Progress. The guy is a weird cross between Big Show and Sheamus. He hits hard, his move set is compelling and all and all is a throwback to the Golden Age of wrestling. He has already signed with the WWE and will most likely be making his first appearance at Takeover Phoenix. He was going to make an impact no matter what, but a WWE that has a more creative booking stance can only stand to benefit Big Daddy Walter. 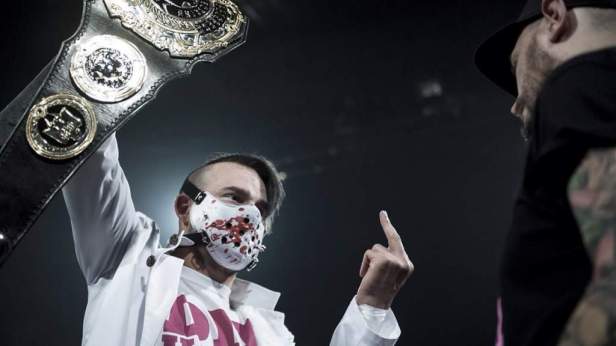 If your a fan of Independent Wrestling this guy is a hero to you. The man constantly punishes his body for our pleasure and few can have a Hard Core Match quiet like Jimmy Fucking Havoc. One of the most successful parts of the Attitude Era was the introduction of the Hardcore Title, and the Dardcore Division in general. Hardcore Holly, Al Snow, Raven, Tazz, and even Steve Blackman made a name for themselves in the Hardcore Division. A re-imagined WWE could definitely use the revitalization of this division and who better to bring back that title then Jimmy Fucking Havoc. 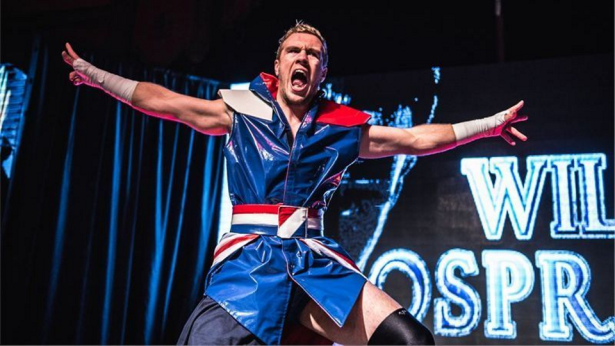 The Aerial Assassin is consistently in match of the year discussion. Over the past two years he has taken a touch off his “work rate” to focus more on story and character. He is still a baby at the age of 25 and if WWE could scoop him up now he could be a stable for the company for years to come. 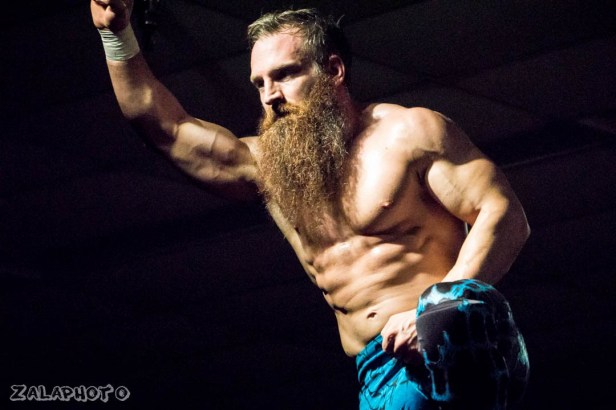 Dear Matt, yes Wrestling is Forever, but as your famous beard starts to turn gray and your body starts to get older we your fans beg you to be careful. Matt Cross has been tearing up the indies for decades and honestly its time for the man to get a payday. He could come in to NXT in a similar role to Chris Hero. A player coach role if you will. Come out to put over new stars while playing a pivotal role behind the scenes coaching the high flyers of tomorrow. So please Matt Cross next time you see a number that starts with 203 pick up and get yourself some guaranteed money. 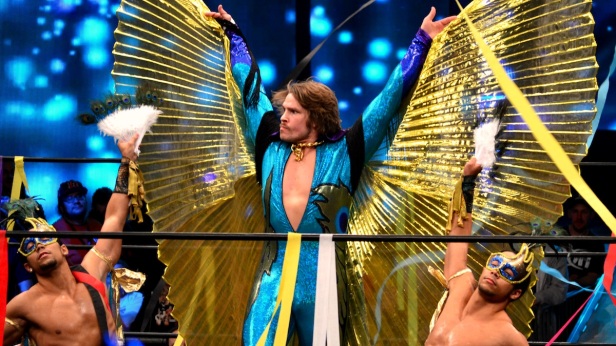 In 2017 there was not a better wrestler on the planet. His matches were getting buzz the gimmick was at its hight, and he ended 2017 by defeating Cody for the Ring of Honor World Championship. Then 2018 was filled with disappointment. He defended the title for the first half of the year with no real appeal. Then an injury mid summer sidelined him for All In and most of the fall. He has recently returned to a full schedule, but with The Elite pulling out of Ring Of Honor and a lot of their former stars now in WWE. There are really only a few opponents worthy of working with the Party Peacock. So what should he do? Well it’s been reported by nemours wrestling sites that WWE is interested, but is it the right move. Dalton is 32 and well established in this character. So a move to WWE would risk having his character neutered because honestly I’m not sure in 2018 WWE can have someone with man slaves undressing him on Monday Night Raw. Hell even Tyler Breeze became a shell of his former self once coming to the main roster. His gimmick is fragile and can easily go from awesome to a comedy act. My hope that a remianged WWE would be able to find a space for Mr Castle and The Boys. A space where he is an Intercontinental Champion facing off with WWE’s brightest young stars, sorta like the Miz is now, but less Hollywood and more BOYS!