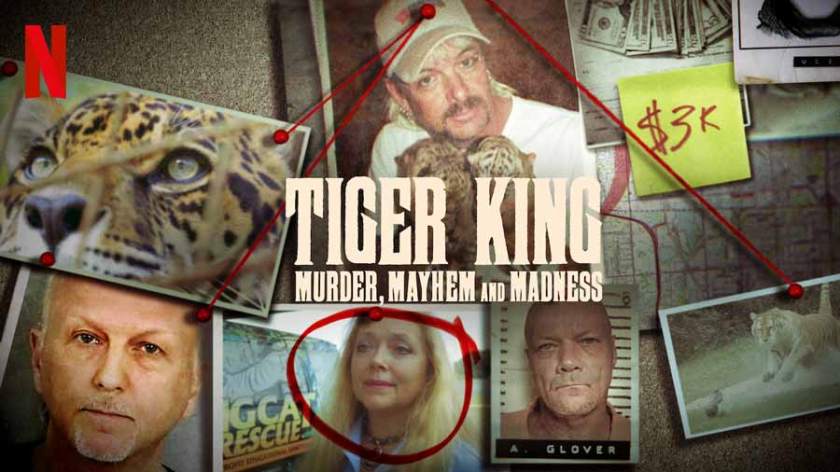 For everyone stuck at home during the pandemic, log onto Netflix and take a look at the home screen, and you will probably see a documentary series titled “Tiger King”. Usually I would skip over something like this, but a few friends of mine recommended I watch it during the quarantine. Let me tell you, I am so happy I did. This documentary series has everything you could ever dream of in a documentary. There’s crazy characters, corrupt politicians, murder mysteries, and most importantly cute exotic animals.

The series follows main character Joe Maldonado Passage, aka Joe Exotic, daily life and his journey along the way. Joe Exotic is a man of many hats. The Country singing cowboy, magician, and politician is most know for his role as a controversial tiger breeder. Joe owns his own exotic animal park called G.W. Animal Park in Oklahoma. The park is home to many exotic animals including a handful of baby tiger cubs. Visitors can interact with cubs by playing with them and taking pictures to show off to their friends and families. Sounds like a fantastic time right? Some may think so, however Carole Baskin did not.

The self proclaimed Mother-Theresa of Big Cats is the founder of the Big Cat Rescue sanctuary, which is based in Tampa, Florida. Carole’s mission throughout the whole series is to take down Joe Exotic and other animal abusers. The rivalry between Joe and Carole is like no other. Both sides make it their sole mission to take down each others businesses, and you really have to watch the series to get the full effect.

The two battle for years and years, making new relationships, allies, and enemies along the way. I don’t want to give out too much information about the series, but know that it is a must watch! The seven episode documentary series is an easy watch (I finished it in 1 night). Each episode ends with a cliff hanger, which makes you want to watch more. At the end of it you’ll be asking yourself questions trying to find the truth about everything that happened.