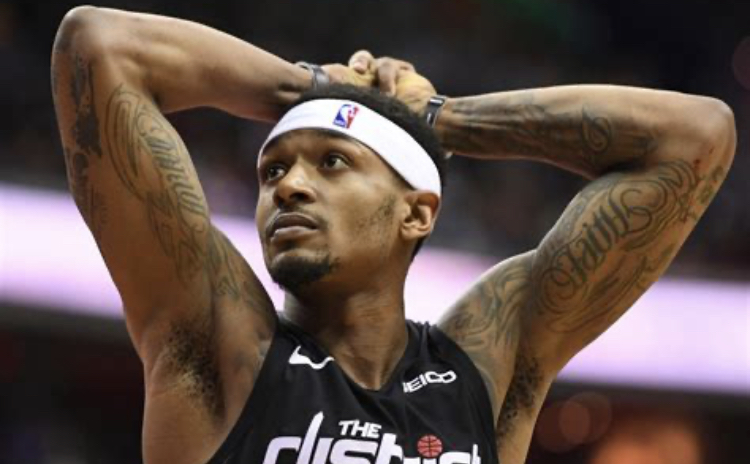 Bradley Beal has been with the Washington Wizards since 2012. He is a 2x all-star and has proven to be quite the commodity for the team since John Wall has proven to just be too injury prone. The problem is, the Wizards have continued to do absolutely nothing to help Bradley Beal be the star on a competitive team. They have done absolutely nothing to help their loyal star and I believe it’s time for him to call it what it is, and move on.

The Florida alumni has shown through and through that he is a valued member of any team. But he needs to go somewhere that will allow his true value to be showcased. He was by far the biggest all star snub this year. He has scored 50 plus points twice in LOSSES.

He clearly can’t get anyone in Washington to match his effort. The sad part is he is under contract until after next season. I think Beal needs to demand a trade in the offseason to try to go to a competitor. It would only fix his issue for a year but I could see him having a similar experience to Kawhi Leonard.

If he does have to stick around in Washington, he will be a highly targeted free agent. Seeing as that Beal is clearly in his prime, he will be looked at by many teams and I think he could, at the minimum, be a No. 2 guy on any team in the league, if not THE guy on a team with a good supporting cast.

Fact of the matter is it seems that Washington is glad to have him, but not glad enough to change. I think both sides have given up on each other and Beal is playing for pride on that team. But he wants to win and deserves to. Hopefully, the winds change for Bradley Beal. The question is will it happen sooner or later?