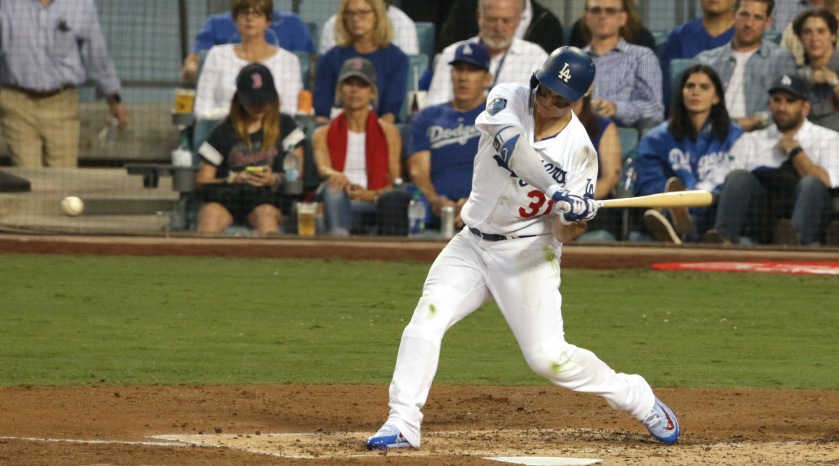 Mookie Betts and David Price are on their way to LA, but two of their new teammates may not be there for long.

The same night the Betts trade was initially announced. The Dodgers and Angels also agreed to a separate trade that would send outfielder Joc Pederson and pitcher Ross Stripling to the Angels for Luis Rengifo and potentially other lower-level players.

But while the Betts/Price trade swung in limbo and finally closed, the Angels-Dodgers trade collapsed.

The Dodgers now find themselves in a sticky situation. And I am not just talking about the awkward conversation the GM will have with these two guys after trying to trade them.

Not only do the Dodgers have a logjam in their outfield and starting rotation, they have two too many players on their 40-man roster and are trying to get below the luxury tax.

The Pirates can alleviate these “problems” for the Dodgers. Take advantage of the situation and trade for Pederson and Stripling.

Imagine how his numbers would balloon with PNC Park’s right field.

He is under contract for only one more season so the Pirates can still have their coveted long-term financial flexibility.

At the very worst, he is a proven asset that will net a big return as a trade chip at the deadline. Power-hitting left handers don’t grow on trees.

Now for Ross Stripling…he makes even more sense for the Bucs.

He is under contract through the 2022 season and he is making just $2.1 million. At age 30, he could serve as a veteran leader alongside Archer for the younger pitching staff. His numbers aren’t bad either.

Last season, he appeared in 15 starts and 17 relief appearances. He struck out 93 batters in 90.2 innings. His career strikeout to walk rate is impressive (more than four strikeouts per one walk).

What about what the Pirates have to give up?

Luckily for the Pirates, the Dodgers/Angels deal that was already in place for Pederson and Stripling gives us a picture of the required return.

I am sure the Dodgers will want more now because they had to give up prospects Jeter Downs and Connor Wong in the Betts deal. But the Dodgers can’t push for too much because they really need to clear some people and cash from their roster.

The Dodgers would either want bullpen help or a young player in this deal, two areas where the Pirates can afford to part with assets.

A combination of a few middle to lower tier prospects would fit the bill.

This is a perfect win-win deal for each side. Ben Cherington needs to make the call.