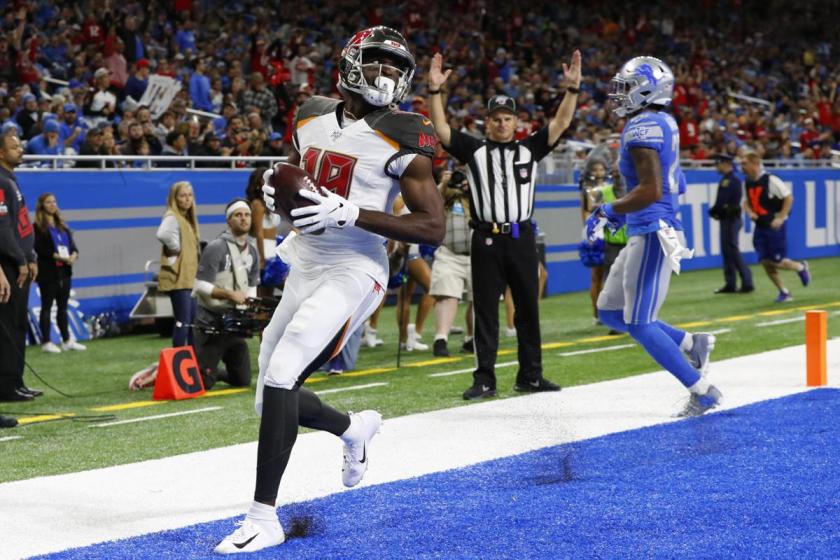 Boyd didn’t do a whole lot, but that was because he was facing the Patriots. Now he gets a dream matchup against the Miami Dolphins. Their defense has allowed a league high 13 touchdowns on the season. Without superstar A.J Green and Auden Tate out of the lineup, Dalton should hook up with Boyd quite often in this one.

Man Parker has come alive this season and who would have thought it would be because of Ryan Fitzpatrick throwing him the ball. He goes up against the Cincinnati Bengals this weekend and while they have been pretty decent at defending against wide outs, Parker has scored four times in his last three games. Start him with confidence.

McLaurin came alive in last week’s contest against the Philadelphia Eagles posting over 100 yards and a touchdown. Now he gets an equally good matchup this weekend against the New York Giants. This defense has surrendered about 25 fantasy points per game to receivers. As long as Haskins can feed him the ball, I feel confident in McLaurin’s ability in this one.

The entire receiving core of the Dallas Cowboys took a nasty stat line last week since the team took a new direction last week relying on the run game. However, the run game won’t help them here as the Eagles are terrible in their secondary. With Cooper likely to be double teamed expect Gallup to be open and make some big plays in this one.

Shut the front door. You’re telling me that Perriman a guy that was on the Ravens and then the Browns and now the Bucs scored three touchdowns last weekend against the Lions. Without Mike Evans and Chris Godwin, Perriman has become the number one receiver and should thrive against the Texans. Their defense is not good against the pass and Perriman should be a solid WR2 this weekend.

Will Fuller vs Tampa Bay Buccaneers

Man this really pains me to say this, but with fantasy playoffs in session, I cannot let owners take a hit by playing Odell this weekend against the Ravens. Odell has struggled all season with the Browns trying to find some way to make an impact, and he just hasn’t done it. It also doesn’t help that the Ravens held him to just four points in their last encounter.

Sanders had a great matchup last weekend against the Falcons and gave us a crapshoot two catch contest worth very little points. He has had about two great games since joining the 49ers and I don’t think the third one comes here with Jalen Ramsey guarding him for the majority of the contest.

Anderson didn’t do bad against the Ravens, but he wasn’t really all that well productive if that makes sense. He took  back seat to Crowder and I think the same thing happens here as the Steelers struggle more against slot receivers than long threat perimeter receivers. The Steelers in fact have only given up an average of about 86 yards and the sixth fewest fantasy points this year.

Cooks saw probably his most productive matchup against the Cowboys in terms of targets as he saw eight come his way last weekend. His actual stat line however wasn’t that great and I doubt it gets any better here against the 49ers. Long threat passes are not to be expected in this one giving Jared Goff has a busted thumb on his throwing hand. Pass and move on people.

Watkins has not had a great season this year with the Chiefs aside from his one hit wonder in week one’s contest against Jacksonville. It remains to be seen what his role is given that Tyreek Hill and Travis Kelce are much better options to throw the ball to. What makes matters worse is the fact that the Bears are the eighth best team at covering wide receivers.