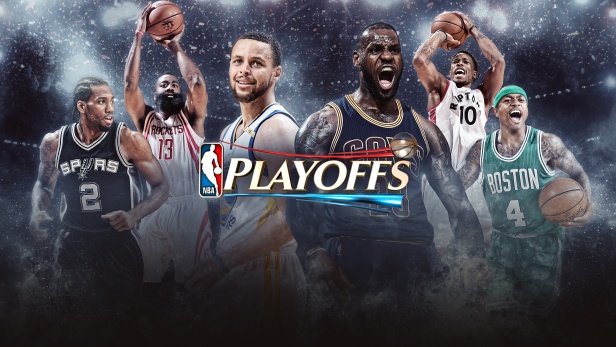 The NBA had had one of its best seasons as a whole this year due to the fact that the Warriors and the Cavs aren’t the top seeds in their respective divisions. If you are unaware, the Toronto Raptors sit at the top of the East, while the Houston Rockets claim the top spot in the West.

Although I personally love watching great humans do great things, it’s refreshing to get a glimmer of hope to a different NBA finals than the expectation or a Dubs / Cavs rematch. James Harden is in pure form, and looks to be the most unguardable player in the NBA at this moment. The duo of the beard and CP3 has given the Rockets a new breath of life, especially considering Capela is one of he best young big men we have.

In the East, the Raptors finally look like a team that could go the distance. The 6 has been….largely disappointing in the past couple years. It’s kind of unbelievable that they have managed to keep Derozan and Lowry this long without a championship. Their coach, Dwane Casey, has proven however that a bench surrounding Demar is an extremely, extremely positive experience.

However, I have to ask….does the first seed matter? Eventually the Raptors are going to have to face Lebron. If Curry comes back healthy, the Rockets will have to play the Warriors. The only wrench in my formula, in my opinion, comes in the East in the form of the Boston Celtics.

Lebron James is the greatest we have seen since Brian Scalabrine and it’s not even close. This guy knows how to make a team click in the playoffs (example : the past 7 nba seasons) It becomes harder and harder each year to believe there’s a world where Bron Bron isn’t battling for a ring.

This Warriors team is the greatest display of basketball talent in a long, long time. They have four consistent all stars in Curry, KD, Klay and Draymond, and if they’re all healthy I don’t see how the Rockets can win a series. Houston has been able to “out warrior” the Dubs lately, but if recent memory means anything it’s that one of their All-Stars will have a hot game.

My personal opinion? We’ll see a different team in the finals this year. Whether it’s the West or the East completely depends on health and a hot streak, but if I was a betting man, I’d slide a little money into the Rockets vrs. Celtics pot just for kicks.

Here’s some footage of Brian Scalabrine for the kids in the back.