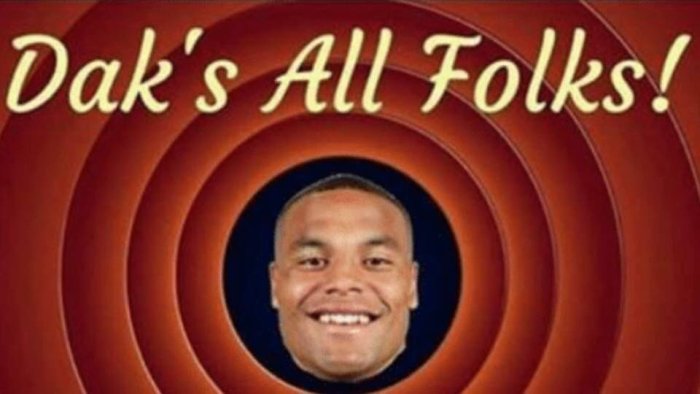 So I love Dak Prescott and I love that he wants to get his money because he deserves it, but what in the hell is going on here? With the deadline to use the franchise tag coming in on Thursday, the Dallas Cowboys were looking to try to get Prescott a big contract.

So, the Cowboys met with Prescott’s agent; Todd France to discuss a contract that they have apparently been trying to work on since September. The contract was supposedly worth 33 million per year with 105 million of it guaranteed. This seems like right around the ball park when it comes to the amount of money I’d thought he’d get.

Unbelievable. Look again, I am a huge fan of Dak Prescott and I want to see him get his money, but does he realize what he is asking for.

All I am saying is that if the Cowboys somehow pay him a bigger contract than that then Dak is going to be like this looking for a number one wideout because they will not be able to afford a new contract for Amari.

Hopefully something comes up here that they are able to keep both, but with Prescott apparently wanting 40 million over the summer it seems highly unlikely for both to stay. The numbers just don’t add up to me, but like I said I hope it all works out in the end.

So in your honest opinion, does Dak Prescott at this point deserve to be paid around 40 million per year, or does he deserved to be franchised now?